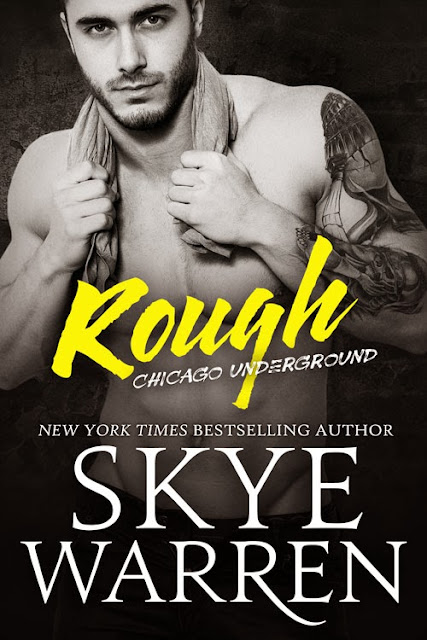 I’m a cautionary tale. A statistic. A victim. A single teenage mother from the poor part of town. Most of the time I’m too busy working and struggling to care what people think. Survival doesn’t come easy.

I have a dark secret, a pressure valve, a rare moment just for myself. On these nights I visit a club. There I find men who give me what I need. 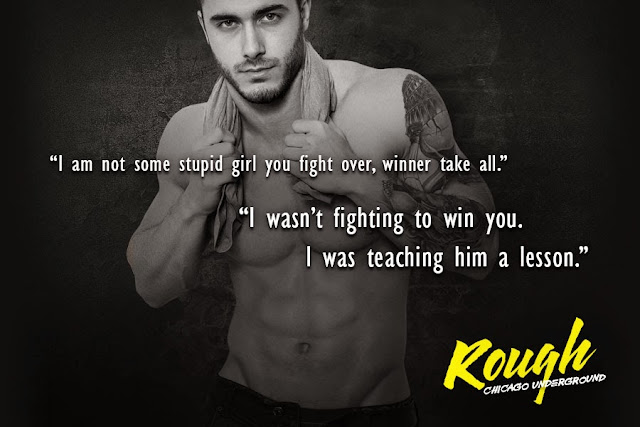 ALSO AVAILABLE IN THE
CHICAGO UNDERGROUND BOXED SET
BOOK ONE 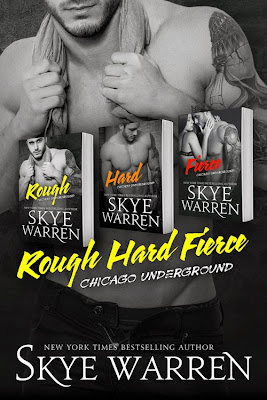 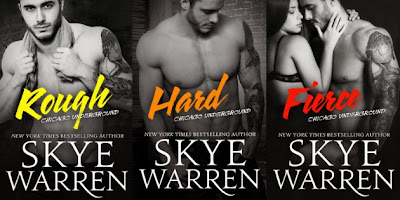 Yes. That’s what I need. I softened my body, surrendering to him.

“Bed,” he murmured against my lips.

We stripped at the same time, both eager. I wanted to see his body, to witness what he offered me, but it was dark in the room. Then he kissed me back onto the bed, and there was no more time to wonder. The cheap bedspread was rough and cool against my skin. His hands stroked over my breasts and then played gently with my nipples.

My body responded, turning liquid, but something was wrong.

I’d had this problem before. Not everyone wanted to play rough, but I was surprised that I’d misread him. His muscles were hard, the pads of his fingers were calloused. I didn’t know how he could touch me so softly. Everything about him screamed that he could hurt me, so why didn’t he?

I wanted him to have his nasty way with me, but every sweet caress destroyed the illusion. My fantasy was to let him do whatever he wanted with me, but not this.

Instead his hands gentled. The one that had been holding my breast traced the curve around and under.

I groaned in frustration. “What’s wrong?”

He reached down, still breathing heavily, and pressed a finger lightly to my cunt, then stroked upward through the moisture. I gasped, rocking my hips to follow his finger.

Yes, I liked it. I was undeniably aroused but too aware. I needed the emptiness of being taken. “I like it better rough.”

Colin frowned. My eyes widened at the ferocity of his expression.

In one smooth motion he flipped me onto my stomach. I lost my breath from the surprise and impact. His left hand slid under my body between my legs and cupped me. His right hand fisted in my hair, pulling my head back. His erection throbbed beside my ass in promise. I wanted to beg him to fuck me, but all I could do was gasp. He didn’t need to be told, though, and ground against me, using my hair as a handle.

That small pain on my scalp was perfection, sharp and sweet. Numbness spread through me, as did relief.

The pain dimmed. My arousal did too, but that was okay. I was only vaguely aware of him continuing to work my body from behind.

I went somewhere else in my mind. I’d stay that way all night.

At least that’s what usually happened. Not this time. Instead I felt light strokes on my hair, my arms, my back. His cock pulsed hot against my thigh, but he didn’t try to put it inside me, not in any of the places it would almost fit. His hands on me didn’t even feel sexual. He petted me, and I arched into his caress.

“Why did you stop?” I meant it to come out demanding, but instead I sounded weak. I hated sounding weak, especially about sex. He may be the one with the cock and the fists, but I called the shots. I had to.

“Allie, shhh. It’s okay.” He was trying to soothe me, and it was working. He turned me back over and began to kiss me, still murmuring words against my lips. “I’ll give it to you. Don’t worry. Relax.” More words than he’d spoken all night.

I was lost, my emotions all jumbled up from my arousal and my high and subsequent low, at the mercy of this stranger.

What’s happening to me? I needed to get back to something I knew. I wanted him to fuck me, to be inside me, to center me. I whimpered, hoping he’d understand. “Shhh.” He arranged my arms and legs so that they were splayed open on the bed and then kissed his way down my stomach.

a Rafflecopter giveaway
Posted by Give Me Books at 6:48 am