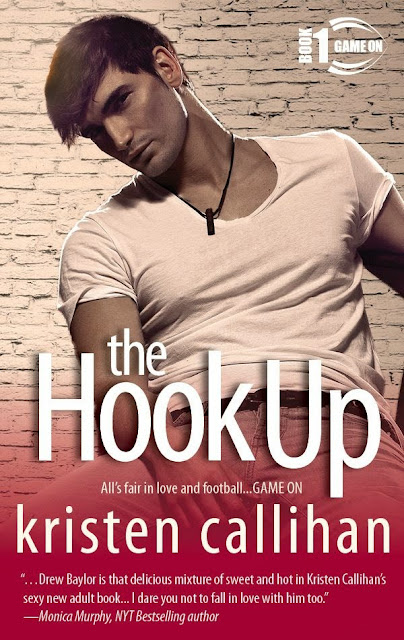 The rules: no kissing on the mouth, no staying the night, no telling anyone, and above all… No falling in love.

Anna Jones just wants to finish college and figure out her life. Falling for star quarterback Drew Baylor is certainly not on her to do list. Confident and charming, he lives in the limelight and is way too gorgeous for his own good. If only she could ignore his heated stares and stop thinking about doing hot and dirty things with him. Easy right?

Too bad he’s committed to making her break every rule…

Football has been good to Drew. It’s given him recognition, two National Championships, and the Heisman. But what he really craves is sexy yet prickly Anna Jones. Her cutting humor and blatant disregard for his fame turns him on like nothing else. But there’s one problem: she's shut him down. Completely.

That is until a chance encounter leads to the hottest sex of their lives, along with the possibility of something great. Unfortunately, Anna wants it to remain a hook up. Now it’s up to Drew to tempt her with more: more sex, more satisfaction, more time with him. Until she’s truly hooked. It's a good thing Drew knows all about winning.

All’s fair in love and football…Game on.


New Adult/Contemporary Romance with a HEA - Recommended for readers 17 and older.

I’m staking my claim on Drew Baylor. He is, without question, one of my top five book boyfriends. Sexy, sweet, sensitive and whip smart, this guy sent my heart into warp speed and I’m not sure it’s recovered yet. The banter between Drew and Anna was one of my very favorite parts of this book – I love good banter and this was some of the best.

And, Anna? It is (regrettably) not often that I can say that I love the heroine. But I really loved Anna. I felt like I could BE Anna. She’s all tough outer shell with ooey, gooey insides. She’s insecure, but smart enough to know it and to deal with it, and to not let it cause (too much) unnecessary drama. I felt like she was WORTHY of Drew. Which is important, you know, because he’s mine.

The chemistry between Drew and Anna is off the charts. It is possible that I moaned out loud during one sex scene in particular, so beware that you may want to save the sexy scenes for a private environment. Sexy, dirty and crazy hot – I couldn’t get enough.

I feel like Kristen Callihan wrote the hell out of this book. I was highlighting like crazy – sexy passages, sweet passages, passages where I wanted to remember a quip for later use. She brought this relationship to life and when the story ended, I felt sad that I wasn’t going to get to spend any more time with this amazing couple. 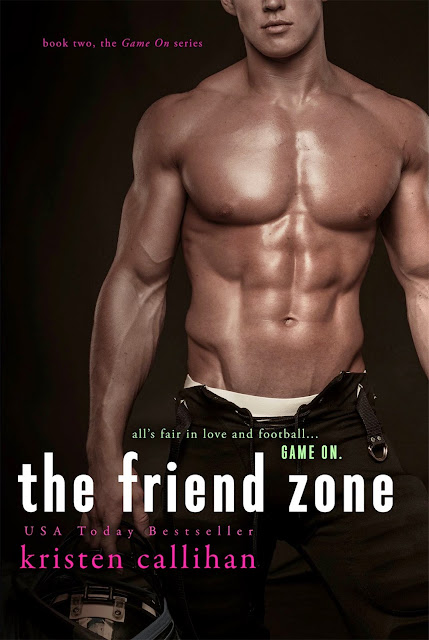 Gray doesn’t make friends with women. He has sex with them. Until Ivy.

The last thing star tight-end Gray Grayson wants to do is drive his agent’s daughter’s bubblegum pink car. But he needs the wheels and she’s studying abroad. Something he explains when she sends him an irate text to let him know exactly how much pain she’ll put him in if he crashes her beloved ride. Before he knows it, Ivy Mackenzie has become his best texting bud. But then Ivy comes home and everything goes haywire. Because the only thing Gray can think of is being with Ivy.

Ivy doesn’t have sex with friends. Especially not with a certain football player. No matter how hot he makes her…

Gray drives Ivy crazy. He’s irreverent, sex on a stick, and completely off limits. Because, Ivy has one golden rule: never get involved with one of her father’s clients. A rule that’s proving harder to keep now that Gray is doing his best to seduce her. Her best friend is fast becoming the most irresistible guy she’s ever met.

Which means Gray is going to have to use all his skills to get himself out of the friend zone and into Ivy’s heart. Game on

It only took the first 1% of this book for me to fall in love with Gray Grayson. That has to be some kind of record.

This book was SO good. It’s the kind of book that feels like a roller coaster ride when you read it. Like you’re falling in love yourself, and like you just can’t quite catch your breath from the beauty of it.

Sexy, swoony and laugh out loud funny, I found myself staying up hours past my bedtime to follow Gray and Ivy’s story. These two are adorable together; their banter was like a form of foreplay that kept me glued to every page, every chance I got.

Ivy is strong and smart and real. Gray is sensitive and sweet and funny. I’ve said it before, but I love a man with a sense of humor – and Gray has humor in spades. So. Fucking. Sexy.

Speaking of sexy, let’s talk about the extra panties you may want to have on hand for at least the second half of the book. Gray and Ivy are dirty, sexy, hot together. I mean, I may have staked my claim on Drew in The Hook-Up, but I’m going to need Gray too. You just can't let boys this dirty get away.

In case I haven’t made it abundantly clear, I absolutely floved this book. “Every inch.”

Kristen Callihan is an author because there is nothing else she'd rather be. She is a three-time RITA nominee and winner of two RT Reviewers' Choice awards. Her novels have garnered starred reviews from Publishers Weekly and Library Journal, as well as being awarded top picks by many reviewers. Her debut book, Firelight, received RT Book Reviews' Seal of Excellence, was named a best book of the year by Library Journal, best book of Spring 2012 by Publisher's Weekly, and was named the best romance book of 2012 by ALA RUSA. When she is not writing, she is reading.

Email ThisBlogThis!Share to TwitterShare to FacebookShare to Pinterest
Labels: 5 Stars, Game On Series, Kristen Callihan, Review, The Friend Zone, The Hook Up