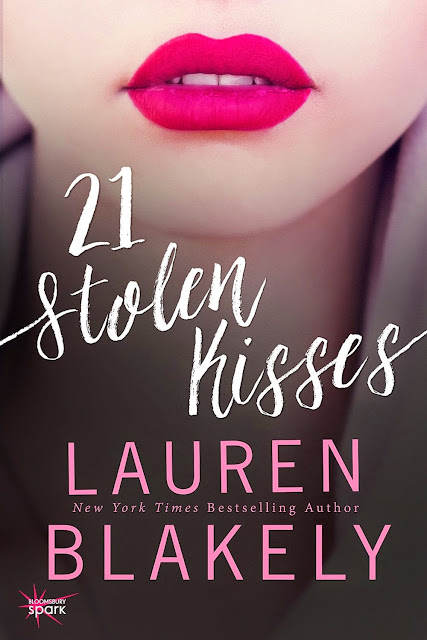 When I first met him I resisted.

Like any forbidden love, I told myself he was a crush, and it would pass.

That was a lie. It never faded.

And I never expected he would fall for me just as hard.

There were so many reasons that should have kept us apart, least of all, the decade that separated us. Growing up in New York City, I learned early on that love is a double-edged sword. Love broke up my parents, love took away my friends, and love — the big, intense, never-been-like-this-before love — landed me in therapy. Now I’m heading to college, and it’s time to give love a clean slate again. But, can I really start over when he’s still in my life Because the one man I’ve always wanted, is also the only guy I absolutely can’t have…And he wants me just as fiercely.

Can I settle for anything less than the love of my life?

Time gives and takes. Hurts and heals. Races and crawls. It's the answer and it's the problem. It is so many things...just like this brilliant book.

Their love is forbidden. It's not just a crush, a passing fancy, or lust. It's not unrequited and it's not unreturned. For so many reasons, it's not supposed to be.

I'm not entirely sure where to start with 21 Stolen Kisses. This book is so unlike anything I've read by Lauren Blakely before, and yet...so perfectly Lauren, that I'm a little lost. In a good way, don't get me wrong. As always, the banter was charming and playful. The city was as much of a character as the couple that used as a cloak. There was even a crossover appearance from my favorite Blakely boy. But the story was so different. It was sweeter, gentler, softer, tamer, all the while being a little darker. How is that possible? This love flirts with the taboo, that's how.

I read this book as fast as my eyes and my life would allow. I read it like I was in a race and there was a reward waiting for me at the end. And there was. There was the completion of this singular story; there was this couple, their struggle, their love, their past, their present and their future, their battles and hurdles and mistakes.

At times, I was a little unsure of the forbidden nature of their romance. The time that stood between them, the years that separated them, I think, was designed to make me question them. And it did, absolutely. But at the same time, the way Ms. Blakely's words shielded them in a cocoon of rightness made it so that questioning it is what ultimately felt wrong.

This book right here? This book is one that came at me from nowhere; I gave myself time to read it, not really sure from the blurb exactly what I was going to get, worried I wouldn't like a book written by one of my favorite authors. Turns out, I didn't need time. Nor did I need to worry. This time, time gave and healed and raced and answered. This time, I fell in love.
~ Review by Beth

Wow! I have been a fan of Ms. Blakely since her first book; since before I was a part of this blogging world and reviewed books. 21 Stolen Kisses is so different from all of Lauren’s other books, but it was sooooo good! It was addictive and I couldn’t put it down. I was so mad when life got in the way and I couldn’t read.

“I’m tired of holding back, tired of waiting, tired of pretending he is not what I want right now, when he the very thing I want and I need.”

“No one has ever looked at me like he does. I doubt anyone ever will.”

This story was heartbreakingly beautiful. It was real, and raw, and emotional. Make sure you have some tissues handy because you are going to need them. My favorite part of the entire story was the love letters, the short tales of stolen kisses.

This is another phenomenal, heartfelt story from Ms. Blakely. She continues to be one of my favorite, must read authors. I can’t wait for more from her!
~ Review by Tiffany

21 Stolen Kisses by Lauren Blakely was such an unexpected, amazing, love story!

"I can no longer think of anything but you." ~ Honoré de Balzac to the married countess, Hanksa.

This sums up the story so simply. I’ve always said, your heart doesn’t choose who you love! What an amazing story of love, heartache, sacrifice, and everything that goes with loving someone with all of your being, this book is.

Kennedy Stanzlinger is a young woman who falls in love with Noah Hayes. Noah is a bit older than her and works hard to keep his feelings under control… but the heart wants what it wants. In the beginning, I was a bit worried about the dynamics and how it was all going to play out, but Kennedy is wise beyond her years. Her life hasn’t been easy and she falls for Noah in a way that all of us would love to have fallen. Slow, hard and deep. Without question or reservation. Then, all of that changes...

The end of this book send me to tears. Big, ugly cry, monster, cleansing tears! I felt so good afterwards! They weren’t sad tears, but tears of recognition and yes, of love! I guess we’ve all had times like Kennedy and Noah <3.