Review - Goodbye to You by AJ Matthews 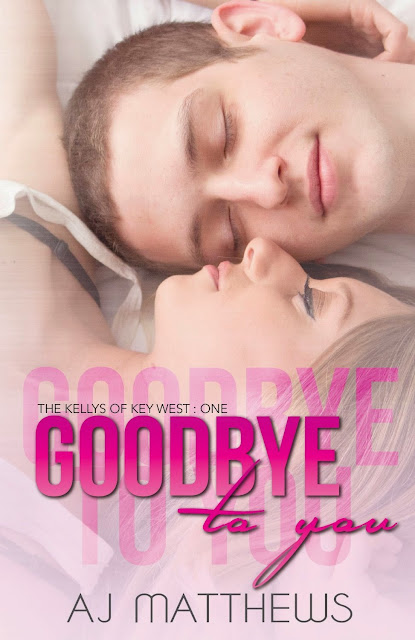 My darling girls: I can’t believe our time is coming to an end. We’ve been together for such a short time, but wow, fun times. You’ve caused me grief as well, but mostly it’s been an unbelievable ride. Especially our time in Key West. But the potential harm you could cause makes this radical step necessary. So I say: “Goodbye to you, boobs.”

A preventative double mastectomy is taking you away soon, and I’d had no doubt this was the right thing to do until I met him. His name is Shay Kelly. He likes me, but you? He can’t keep his hands off of you.

It was a summer fling. Or was supposed to be, but as ass-kicking fate would have it, he’s going to med school at my college. I ran into him at the hospital, and agreed to one date, which turned into so much more.

Shay is perfect. Gorgeous, smart, and ambitious. He doesn't know you’ll be leaving soon. The one thing he despises is being lied to, the way people lied to him for years about a family tragedy. Now I’m lying by colossal omission. So I need to figure out a way to tell Shay about the surgery...and find the strength to watch him walk away. I’ll miss him, and I’ll miss you, too. But I must say goodbye. Adiós. Au revoir. Ta-ta forever, ta-tas.

The joke isn't so funny now that I have even more to lose.

Man! I went into this so prepared for a massive ugly cry book and I was pleasantly surprised that it was nothing of the kind. What I got was a book that was smart, funny and just happened to deal with some tough subject matter.

Thea has made a major life decision to undergo a double mastectomy after testing positive for the cancer carrying cells and watching both her mother and sister struggle with the disease. A weekend away with her girlfriends encouraging her to have one last fling puts her in the path of sweet, sexy Shay. When they bump into each other after her surgery, will he ever want her again?

I can't even imagine having to make such a drastic decision like this for myself. Thea's character felt so real to me. Her struggle with telling Shay, who was a self-professed "boob man" is very emotional and her internal dialogue is heartfelt and relatable.Goodbye to You is funny and insightful when it's called for, while being serious and dramatic at the same time. It's the best of both worlds, really.

This is a standalone, no cliffhanger and also the first book of a new series.

I wrote my first book at six. A retelling of The Three Little Pigs, illustrated by my grandmother, the book was never picked up and was self-published instead, glued to cardboard with a cover fashioned from wallpaper scraps.

A Maryland native, I live in North Carolina now, but dreams of the beach fuel my fantasies, and my characters can often be found strolling in the sand or sailing along a coast.

Email ThisBlogThis!Share to TwitterShare to FacebookShare to Pinterest
Labels: 4.5 stars, AJ Matthews, Goodbye to You, Review, The Kellys of Key West Series