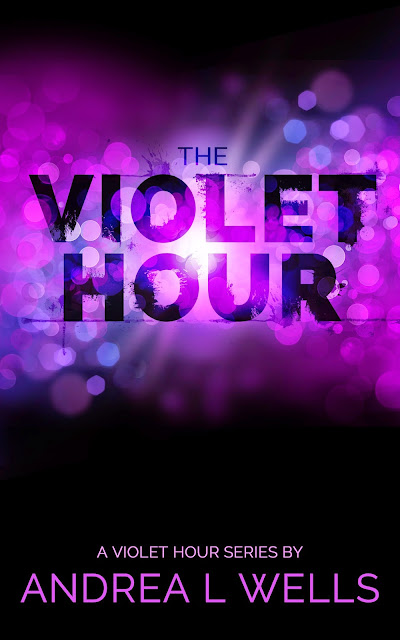 
Still shocked over her mother’s mysterious death, California socialite Logan Keller is handed a one-way ticket to her long lost roots in Wyoming where love, deceit and danger await. Though she could forget everything staring into Luke Callahan’s eyes, Logan is quickly thrust into a fight for survival. Taking fate into her own hands, she begins unraveling the dangerous deceptions that abound at every turn. Her father is keeping secrets and Luke is keeping more. But Logan is keeping the biggest secret of them all.

The Violet Hour is a page-turning captivating twist of young romance and the supernatural. 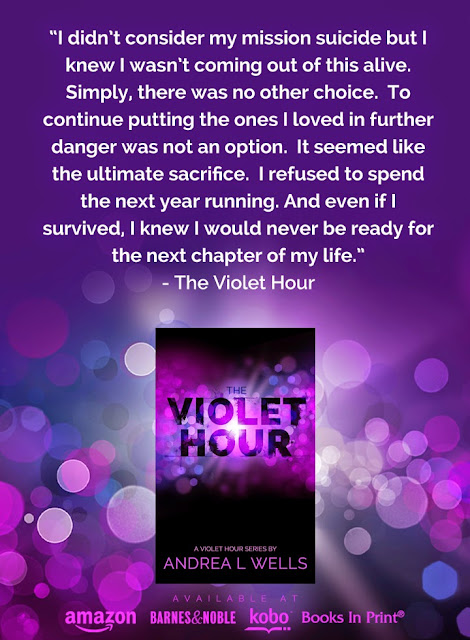 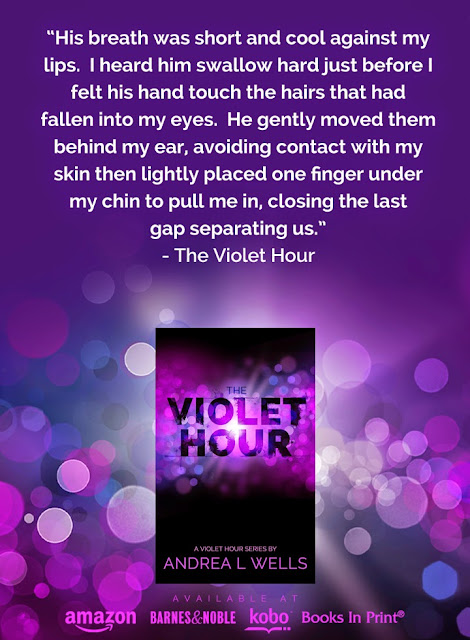 I sat up and pulled my knees in close to my chest.  Electricity flared in the air as Luke inhaled.
“You know, Logan, you’re not who I expected you to be,” he said, taking a long thought-filled pause.  “I thought the next twelve months were going to be hell living with a California socialite, but you’re pretty amazing.  I guess I owe you an apology.”
“So, it’s a good thing that I’m nothing like you expected?” I asked.
“It’s a really, really good thing.”
As I started to smile back he craned his neck to look away from me.  His eyes focused.  Something black flashed across the road but I was more scared by Luke’s reaction.  The warmth had vanished from Luke in a heartbeat.  The object stopped moving toward us when it got to an opening between the trees.  Even though I could feel Luke’s concern, I leaned forward toward the window, curious.  It was a wolf – a really big wolf, staring directly at us with bright green eyes.  It was close enough I could see quick breaths escape into the crisp rain-drenched air.  I was startled when the engine roared to life.  Luke threw the car into reverse, and I nearly slammed into the dash as the sound of gravel scattered everywhere.  He quickly jockeyed around and pulled back onto the road heading home.  I kept my eyes on the wolf until he was no longer in sight.
“Was that a wolf?” I asked.  Everything happened so quickly, I had to be sure.
“Yes,” he spit.
“I’ve never seen a wolf before – that thing was huge.”
Luke immediately turned to look at me with an expression that I couldn’t begin to read.
“What’s going on?” I pressed, puzzled.
When he looked toward the road and didn’t answer, I knew my question needed to be more specific to get results.
“Why are you freaking out?  It was just a wolf.”  I was worried.  He had gone from warm and comforting to moody and distant over such a small thing and I second-guessed how quickly I had fallen for him.
“Because I need to get you home, it’s getting late,” he muttered, failing to control his tone.
“That doesn’t make any sense, Luke.  I have no curfew and you flaked as soon as you saw the wolf.”
“Wolves are dangerous.”
“We were in the car,” I countered.
“Doesn’t matter.” 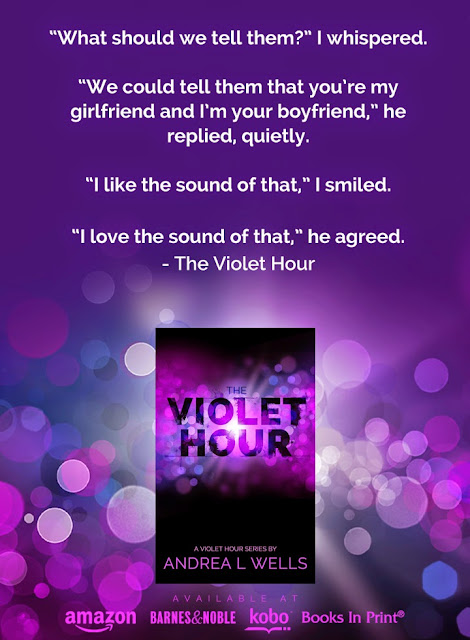 The Violet Hour Series has been begging to escape Andrea’s subconscious for more than five years. Focusing on a wonderful career, handsome husband and two beautiful children by day, she began feverishly penning the series by night. Now a full-time writer, Andrea debuts The Violet Hour. 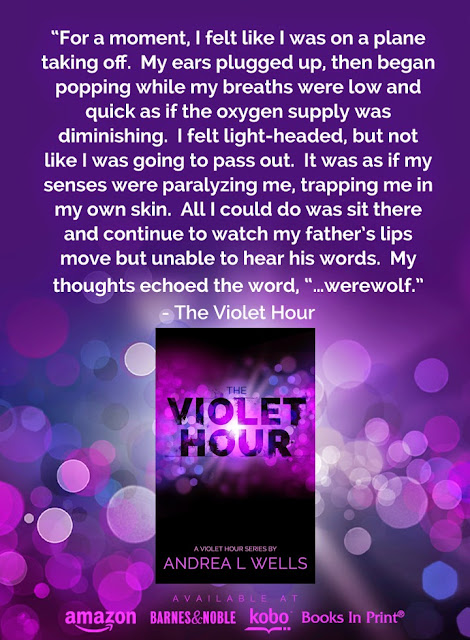 a Rafflecopter giveaway
Posted by Give Me Books at 6:19 pm