Review - The Tornado by Missy Blue 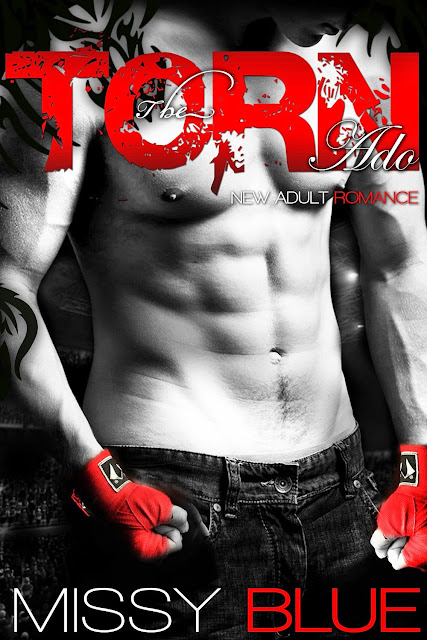 A once gifted ballet dancer chained to the demons of her past, Jewel is broken and can no longer dance, her dream torn away from her. Determined to not lie down and die, she takes up the fight, disguising herself as a man, and dares to enter... The Tornado’s testosterone-fueled boxing gym.

An ex-Marine turned MMA fighter, living in the shadow of his tragic past, Asher “The Tornado” Prince only wants to keep his head in the game, turning any man who enters the ring into dust. His temper is hotter than a branding iron, keeping everyone at arm’s length for good reason. He is all tattooed muscle, blood, sweat, and anyone who dares to cross his path, he’ll leave them in tears.

Jewel wants out of her dark world, and she faces the fight of her life to get there. But she won’t do it alone. When Asher discovers that the skinny little kid who comes to his gym every night is a beautiful young woman, nobody will dare touch her again. They call him The Tornado, and Jewel finds out fast why he lives up to his hard-hitting, bone-crunching name. But when he proves to be the tornado to her demons, he also becomes the shelter to her storm.

And in the end, he will give up his dream, only so that he can… save hers.

Author Note: MATURE CONTENT 18+ Past descriptions of abuse, but nothing graphic. The Tornado is a new adult, mma fighter, sports romance novel. Asher is a possessive alpha-male but with a HEART OF GOLD (No alpha-hole). NO CHEATING. No annoying EX drama. NO CLIFFHANGER. STANDALONE. HEA. Full Length: 100k words. Written in first person and from both POV. Previously titled Dances with Monsters.

From the very first page, The Tornado caught me in its web and it refused to let me go. And I'm so glad, because this was one hell of a story!

Asher "Tornado" Prince is the epitome of sex on a stick and if you had the privilege of holding his attention, well, you were someone!! All he wanted was to train, run his gym, and fight his matches, yet out of nowhere this "loner" caught his attention.

All Jewel wants to do is train to defend herself without drawing anyone's attention. She did what she had to until one day, she didn't go unnoticed anymore. When Asher comes to her defense, well, let me just say that from there on something special is started.

Tornado knows he has to earn Jewel's trust and he's determined to show her that he can be trusted. Now, there is chemistry between them but it's slow at first, and you know, I really didn't mind because I was able to see how they connected with each other on a much deeper level.

As I read about Jewel, I wanted to understand why she suffered, why she didn't like attention, and why she jumped at everything. Well, when I found out, my goodness, I was floored and crying like a baby!! Missy Blue, WTH??? Make sure you have tissues handy because once you get to hear Jewel's past...it will hit you too!!

This is a beautiful story of survival, patience, love, trust and acceptance!