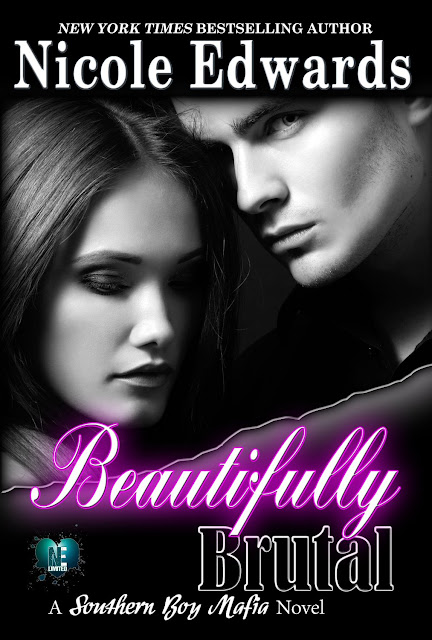 Sometimes love isn’t beautiful...
Sometimes the only way to describe it is beautifully brutal.

If you did, you’d likely wonder how the hell a man like Maximillian Adorite managed to make it to this point in his life. At twenty-nine, he’s experienced more than most people could only ever imagine, all thanks to his family. Organized crime they call it. Mafia.

No matter how they spin it, it comes down to one thing. Max gets what he wants. Except for the one thing he wants most.

Her name is Courtney Kogan.

And now that he’s had a taste of her, Max knows he’ll never be able to let her go.

The Southern Boy Mafia series is a spinoff from the Sniper 1 Security series. It has been set up to be read without reading Sniper 1 Security, however, the characters will frequently cross over. 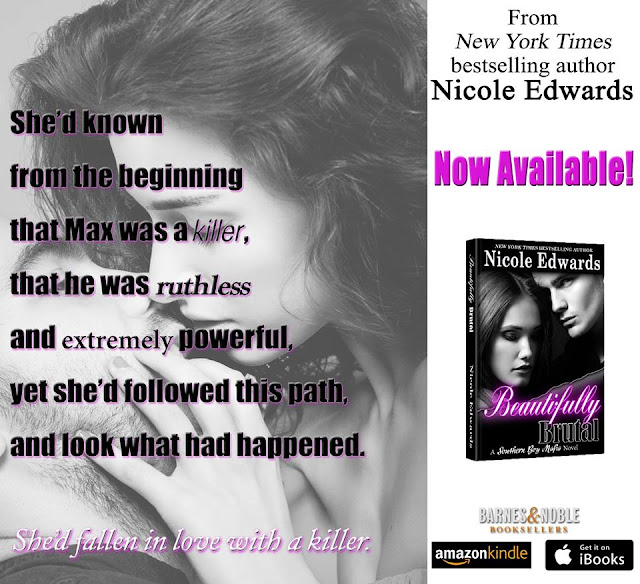 Bad boys are just so...easy to love to hate to love. And Maximillian Adorite is definitely a bad boy. One I love. And hate. Sigh, I’m confused by my feelings...

As an underboss for the infamous Adorite Family – the Southern Boy Mafia, they call them – Max Adorite is used to getting his way. Because the consequences when he doesn’t aren’t pretty. Except there is one person that won’t give him what he wants...

Courtney Kogan is one of the good guys. Which means she’s on the opposite side to Max Adorite. Which means it’ll never work. She knows he wants her, and she wants him right back. But she shouldn’t. And she won’t give in to it.

Or will she? Max isn’t about to give up on having her, and when the inevitable danger comes a-knockin’ Courtney is left making some brutal decisions...ones that could lead her to something beautiful.

*rubs hands together* Alright, let’s do this thing, people. Beautifully Brutal, what can I say? It was exactly what the title implied. Beautiful. Brutal. And I LOVED it. I felt like I shouldn’t because Max is...well, Max is a bit of an asshole. I mean, he’s a mob boss, so that goes with the territory, but he was also pretty freakin’ sweet and damn sexy when it came to Courtney. So, yeah, I was a bit torn between wanting him to change, magically, into a really good guy (but keep the edge), and staying just exactly as he was. Essentially, I had a fairly typical female response, I guess.

Beautifully Brutal was a bit of a roller coaster for me. It made me feel a little frustrated at times, thanks to Court’s indecision and Max’s bad business moves and some really shitty characters (you’ll see what I mean!), and it made me H.O.T. Hoo-boy, did it make me hot!! Ms. Edwards did an excellent job of weaving Courtney and Max’s past (alluded to in Wait for Morning) together with their present and their future. It gave the story plenty of heat, and it was a good foundation for the second part of the book, which showed how opposites attracting could...maybe...possibly...work!?!

While this story is the first in a new series, the Southern Boy Mafia series, and can absolutely be read standalone, you can’t go wrong reading Wait for Morning, book one in the Sniper 1 Security series, first. Because it’s a really good book, and because a little extra knowledge of the situation and relationships made me enjoy and understand this story better. There are a lot of characters to follow along with, which can get a touch confusing if you get lost in the story and lose track (there’s an index at the start of the book, which I referred to a couple of times when this happened to me) and as this series continues, I can’t wait to get to know some of them better. I am intrigued, in particular, by Leyton and Ashlynn and what is shaping up to be one hell of a sexy story.

As always, Ms. Edwards has produced a story with heart, with heat and with hope. That I am not confused about, at all.
~ Review by Beth 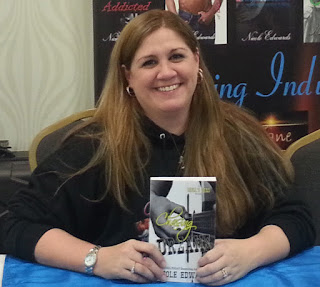 Nicole is a New York Times and USA Today bestselling author who was born and raised in Texas. Married with three kids and four dogs, she has plenty of interaction to keep her imagination brewing. Her books have been featured in USA Today’s Happy Ever After segment as well as Indie Reader’s best seller list. She has forged her way as an independent author.

Although she has a bachelor’s degree in Human Resources, she prefers to be hiding out in her writing cave, talking to the fictional characters that have built up in her head over the years. When she isn’t writing or plotting her next book (sometimes translated to “playing on Facebook”), Nicole loves to read and spend time with her family and her dogs.