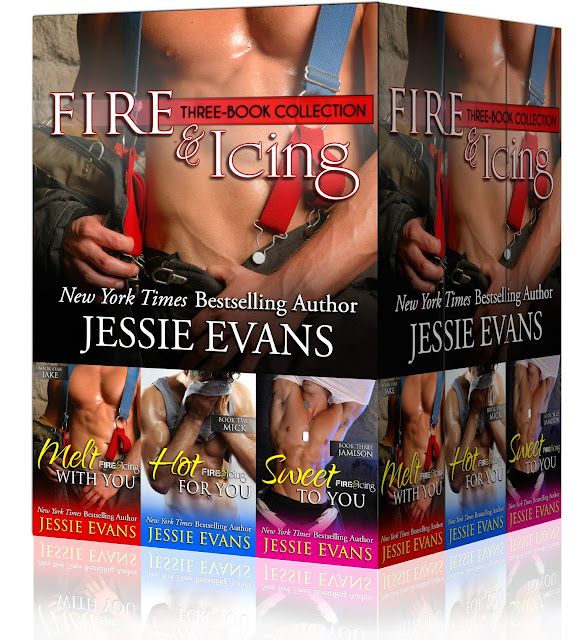 After ten years as America's sweetest celebrity chef, Naomi Whitehouse is enjoying life out of the spotlight. Life is good until she runs into her high school sweetheart, a sexy firefighter who gives her a reception chilly enough to freeze a forest fire. But as the month passes, Jake and Naomi discover some fires never burn out.

Faith Miller has faith in two things--her surrogate firehouse family, and her own two hands--and she needs a man in her life like a fish needs a bicycle. But when Mick Whitehouse moves back to Summerville, Faith's happy, single life is turned upside down. Soon, Faith must choose: let fear of repeating her mother's mistakes send her running, or have faith in the man she's come to love?

When s'mores and whiskey shots lead to skinny-dipping at a singles' camping retreat, Maddie Whitehouse knows she won't be able to resist another steamy encounter with the sexy firefighter her childhood friend, Jamison, has become...even if he is off limits.

The Fire and Icing box set… What can I say? If you love sweet, charming, sexy stories, likeable and loveable characters, perfect small towns and cake and firefighters, then this definitely a series you want to pick up! 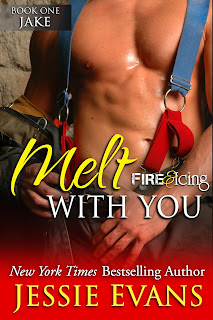 Firemen and baked goods. That’s, like, the ultimate in fantasies coming together (literally, meow) right there. And that’s what’s on offer with Jessie Evans Melt with You. I am TOTALLY taking Ms. Evans up on that offer.

After ten years in the limelight as a celebrity chef and the year from hell, Naomi Whitehouse is back in her hometown of Summerville, Georgia and preparing to open up a new bakery with her sister. The only dampener on her big return? Her high-school flame, and sexy firefighter, Jake Hansen.

Jake hasn’t forgiven Naomi for up and leaving him all those years ago, and his welcome home to Naomi is less than, well, welcoming. Determined to win him over, Naomi buys a month’s worth of dates with Jake at a charity auction. Only Jake is equally determined to keep shutting her out.

Except...the flame that burned bright in high school is still incandescent. And it’s hard for Jake to deny his attraction to the beautiful, but now different, girl he fell for a decade ago. Will Naomi be able to use her second chance to melt Jake’s heart, or will the past burn their chances to the ground?

I’ve actually read this book before. Months before I joined Give Me Books, I came across a sexy, sweet sounding second chance romance about a firefighter and a chef, and thought I’d give it a go. I did (and do) love me some second chances, after all. And I enjoyed it, immensely. I remember thinking that Melt with Him was swoonworthy, hot and just an all-round good book. And I still think that. In fact, it’s possible I enjoyed it even more the second time around.

These characters are charmers. Nice, friendly, smart people that make (mostly) good decisions, that think things through. The tension in the early part of the book was well-paced and well-balanced, and thankfully, not overly drawn out. Ms. Evans gives Jake enough stubborn to make his capitulation fun and his thought process about said capitulation logical. And she somehow managed to make my heart pound when the going got tough for this couple, even though I KNEW what was coming.

The ending felt a little rushed but still rounded this book out nicely, and leads towards the next book, Hot for You, exceptionally well. Life stopped me from being able to pick up that one up the first time around, even though the taste of it dropped in this book had me wanting to get my hands on it ASAP, but nothing is going to stop me this time. More firefighters and sweets await me. I’m diving right in! ~ 4 STARS 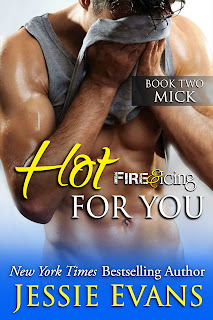 Oh, Mick! Are you just kinda wonderful? After the excellent set up for this book in Melt with You, I was VERY ready to read Mick and Faith's story, and it did not disappoint!

After surviving a terrible relationship, Mick Whitehouse isn't looking for serious. But when one kiss under the mistletoe sets his word on fire, he's determined to pursue the woman responsible -- sexy, strong firefighter, Faith Miller.

Faith has no interest in serious. Or casual. In fact, after watching her mother get tossed aside time and time again by deadbeat men, she's decided to steer clear of relationships altogether. One kiss with the newly returned to Summerville Mick shouldn't be enough to make Faith change her mind, and yet, she can't stop thinking about him.

As their relationship heats up, trouble in the form of an ex comes a-knocking. Will the heat and passion that makes them sparkle be enough to keep them on track, or will Faith end up just like her Mom?

This book is a good remedy if you've got the book blues, I would think. It's cute and funny, sexy and enjoyable, has tension in just the right amount, and doesn't play out exactly like you'd think. Hot for You is simply one of those books that’ll give you a good book glow without leaving you wrecked and ruined.

I loved these characters. Mick was a bit of a surprise; he's kind and gentle, he's open and willing and he still manages to burn up the pages with his sex-factor. He's a player in theory but not practice, and absolutely book boyfriend material.

Faith was just as strong and determined as I hoped she would be. She was a little sassy and feisty in the first book in this series and I am glad that Ms. Evans carried her obvious charm over from that book to this one. Her vulnerability seemed genuine and to complement her tough exterior, rather than make her too contradictory.

I liked the ending here too. Perhaps it all wrapped up a little too perfectly, but I was really happy that the author gave a little bait-n-switch and that (most of) the characters acted in a realistic manner. Plus, as she did with Faith and Mick in Melt with You, Ms. Evans tees up book three in this series in a way that has me ready to pick it up immediately. And since I am reading the box set, I might to just that! ~ 4.5 STARS 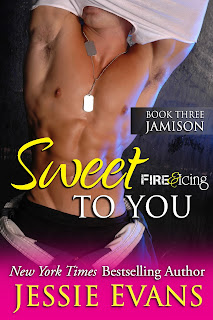 Ah, this series! I love this sweet, sexy series and I am sad, sad, sad that I’m finished with the Fire and Icing box set. But glad, glad, glad that I got to finish with Sweet to You, because Jamison and Maddie were just... *sigh* Awesome.

Maddie Whitehouse was left reeling when her husband ran off with someone else... Unexpected and heart-breaking, she’s not exactly about to sign up to do it all over again, especially not with someone she doesn’t think she can trust with her heart. But that doesn’t change the fact that there’s something irresistible about Jamison Hansen.

He may have once made-out with her sister, they may have been friends for years, and she may have drunkenly skinny dipped with him during a single’s camping weekend, but that doesn’t mean what she feels for Jamison has to be more, right?

Jamison wants more though, and if that means sneaking around and hiding it from everyone, so be it. He’s falling for Maddie and he’s not afraid...until newly-outed secrets threaten to take her from him.

Did I *sigh* yet? Because when I think of Maddie and Jamison, particularly Jamison, that’s my first reaction. They were adorable together; funny, hot, playful, and as sweet as the title implies. I loved their back-and-forth, the push and pull of navigating a relationship without telling anyone. They fall in love in private, but you can feel that Jamison wants to shout it from the rooftops, and that made me want to do so too.

Sweet to You is one of those books that you can read in an afternoon, without pause, without regret and with a big ol’ smile on your face...until you get to the, ‘Oh, you suck!’ moment. Then it’s one of those books that has you wanting to skip to the end and reassure yourself that happily ever after is still on the cards for all of these characters you’ve grown to love.

I very much enjoyed Jamison and Maddie’s small, but memorable, moments in the previous books, and LOVED the set-up for this book that takes place in Hot for You. Based on that (on the entirety of the series, actually), I had high expectations for this story and Jessie Evans definitely met them. As far as the Fire and Icing series goes, I would love to read more about these characters, and this charming Georgia town. I mean, more firefighters...who would say no to that? ~ 4.5 STARS

I have to say, that reading this series in box set form was perfect. I didn’t have to stop, I didn’t have to wait and I didn’t have to forget what happened. With the way Jessie Evans sets up her books, you’ll want to keep reading and YAY, you can! If light-hearted, delicious stories featuring bakeries and sexy firefighters are your thing, move that one-click finger to the orange button. It’s well worth it!
~ Review by Beth

ALSO AVAILABLE IN THE FIRE AND ICING SERIES 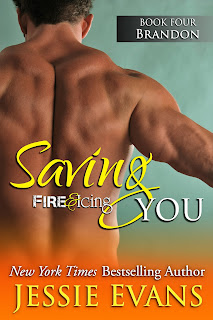 *sniff* I don't want to think about the fact that this novella is the finale for the Fire and Icing series. I guess I'll just console myself with the fact that it was charming, hot, psychic and kinda perfect...

Maddie's planning Faith's bachelorette party...and Jamison's not happy. Faith's ready to get the night over with and concentrate on happily ever after with Mick. Naomi knows that she needs to be there when the going gets tough for her husband, Jake. And Lucy Bledsoe is about to find out if her psychic ability can save the life of a friend...and help her find love in the arms of one of Summerville's hottest firefighters.

There is a lot of *ahem* action crammed into this super fast read. I mean, action as in bachelorette parties with sexy strippers, drama in the form of missing loved ones and a sweet, sexy love-at-first-kiss story between Lucy and Brandon, which had this reviewer making googly eyes at her Kindle.

But yeah, there's also the other kind of action for these couples that have found (or are on their way to finding) their happily ever after, and damn if it's not enough to make you need a cold shower when all's said and done.

Saving You is over fast (like, grab a cuppa and a cookie and settle in for no more than an hour fast) but the series is one that I suspect I'll think about often and come back to again when I need a pick-me-up. This series, and this final installment, gives me faith that after happily ever after comes...more happily ever after! *Sigh*
~ Review by Beth 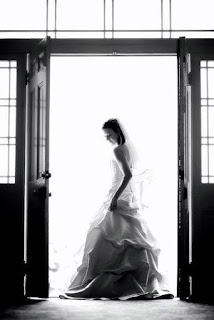 New York Times and USA Today bestselling author, Jessie Evans, gave up a career as an international woman of mystery to write the sexy, contemporary Southern romances she loves to read.

She’s married to the man of her dreams, and together they’re raising a few adorable, mischievous children in a cottage in the jungle. She grew up in rural Arkansas, spending summers running wild, being chewed by chiggers, and now appreciates her home in a chigger-free part of the world even more.

When she’s not writing, Jessie enjoys playing her dulcimer (badly), sewing the worlds ugliest quilts to give to her friends, going for bike rides with her house full of boys, and drifting in and out on the waves, feeling thankful for sun, surf, and lovely people to share them with.

Email ThisBlogThis!Share to TwitterShare to FacebookShare to Pinterest
Labels: 4.5 stars, Fire and Icing Box Set, Hot For You, Jessie Evans, Melt With You, Review, Saving You, Sweet To You