Review - Courtship of the Cake by Jessica Topper 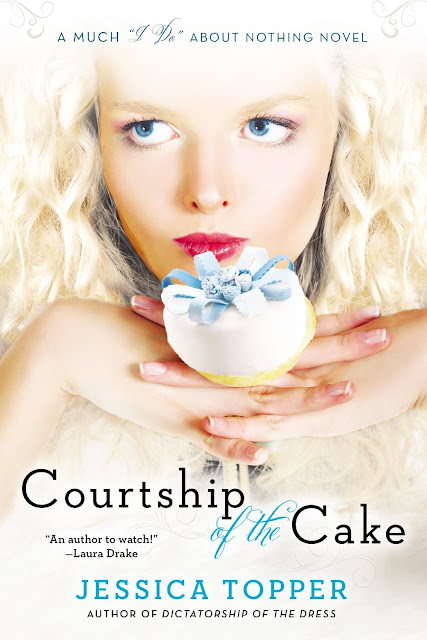 Title: Courtship of the Cake
Series: Much "I Do" About Nothing #2
Author: Jessica Topper
Release Date: June 2, 2015

“Always a bridesmaid, never a bride” has suited Danica James just fine…until the mysterious man who crashed her sister’s wedding steals her heart, leaves a slice of groom’s cake under her pillow, and then disappears.

Hoping to forget her unforgettable fling, Dani takes a job as a backstage masseuse for a rock music festival, not expecting the tour’s headlining bad boy to make an offer she can’t refuse. Nash Drama needs a fiancée—and fast…

Mick Spencer is the best wedding cake designer in New Hope and the town’s most eligible bachelor. But despite the bevy of bridesmaids he’s sampled, Mick can’t get the evening he spent with Dani out of his mind.

So when she shows up for a cake tasting at the Night Kitchen—with his former best friend’s ring on her finger—Mick vows to charm the woman of his dreams into choosing a sweet and sinful ever after, with him… 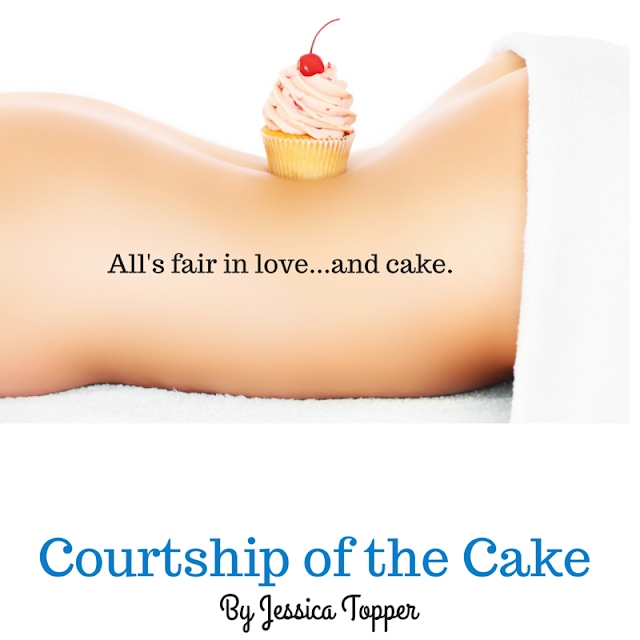 This was the kind of book that you finish with a smile and an “awwwww”. It is definitely best described as cute. It had an original storyline, and spent the entire book flashing back and forth between past and present, weaving itself in and out of the characters lives before all becoming clear.

I loved all the little connections between the characters, and how they always seemed to come back to each other. The secondary characters in this book were just as important as the main characters; their lives and the roles they played in the bigger picture were touching and lovely to read about.

Dani was a great heroine. She was strong enough to handle her own life, but still unsure enough about what to do with it that the journey to self discovery and self forgiveness was challenging. Nash was the perfect reforming bad boy. Always overcompensating, lacking the confidence he pretended to have for his fans, but with a good heart. Mick was everything a sexy man should be, and then more. A player who didn’t really want the game in the first place, just filling time while he waited for the girl he lost. The way his and Dani's past was laid out little by little, in memories and flashbacks, was dreamlike and reminiscent. Although occasionally a little difficult to follow, it really added a touch of surrealism to their shared night together.

I think I would have appreciated Dani's friends more had I read the first book, but this one was a complete standalone and I was able to love it all on its own. The settings were clever; from a music festival road trip, a groupie-filled tour bus, to a small town bed and breakfast, they seemed characters in their own right. And Logan, the adorable ten year old, stole everyone's heart, even mine. Such a lovely, sweet book, one that was easy to fall into and live in its pages.
~ Review by George 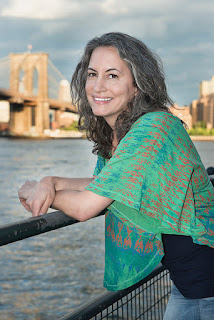 Jessica Topper is an ex-librarian turned rock n' roll number cruncher. She can trace her love for the written word back to age three, when she memorized Maurice Sendak's "Chicken Soup with Rice" in its entirety.

After her daughter was born, Jessica left the Manhattan library world and began working for her husband's music management company. He offered her a part-time bookkeeping job so she could "stay home for the baby's first year" and pursue her dream of writing.

The baby is now thirteen, and Jessica has been working her full-time, sold-her-soul-for-rock-n-roll job as Office Manager for veteran jam band moe. ever since. She may have traded in books for bookkeeping, but the written word is never far from her mind, or her heart.

Jessica lives in upstate New York with her husband, daughter and one ancient cat.