Series Review - What the Lightning Sees by Louise Bay 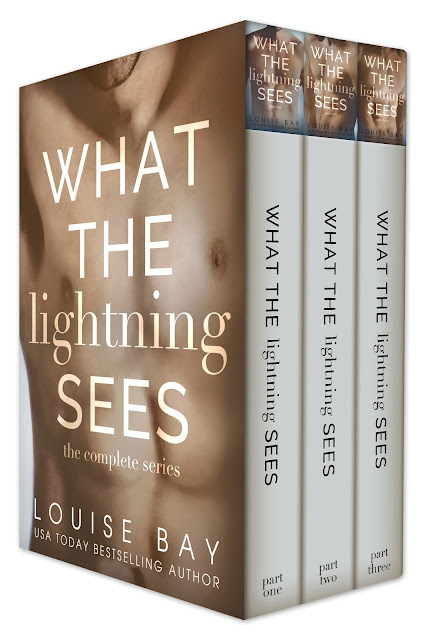 Jake Harrison is everything that Haven Daniels hates about men: over-confident, born into money and too handsome for his own good. Haven finds it difficult to keep her opinions to herself and can’t help but tell Jake exactly what she thinks of him, again and again.

Haven Daniels is uptight, smart and a bit of a bitch – the perfect challenge for Jake. It doesn’t hurt that she’s movie star beautiful and has no idea.

Forced to work together, verbal sparring turns into sexual chemistry but men like Jake are trouble and Haven has had enough trouble to last her a lifetime.

Will Haven give into the passion and succumb to hotter-than-hell Jake’s charms? Can Jake break through Haven’s tough exterior and reveal the sexy, funny woman he knows lies beneath?

Prejudice, persistence and passion. Is it possible for resentment to turn to romance? 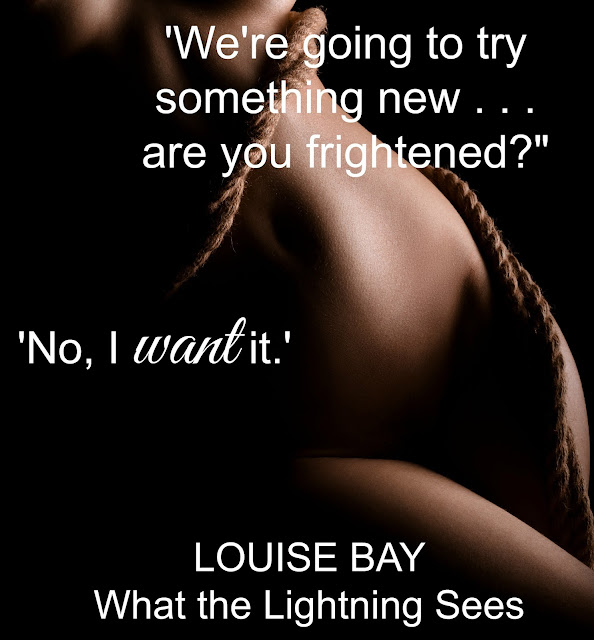 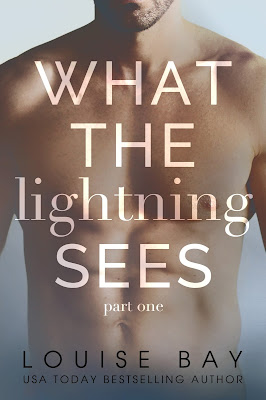 WHAT THE LIGHTNING SEES: PART ONE

I have to say that I loved Louise’s Empire State series, but I think that she outdid herself with What the Lighting Sees. Ms. Bay seems to get better with each book she writes! This book was steamy, funny, and heartfelt!

We meet Haven, a hard worker who is often seen as uptight by her co-workers. We only see the true Haven when she is with her brother, Luke, or best friend, Ash. She gets the opportunity of a lifetime when given a celebrity story for the magazine she works for. The only issue? She has to work with Harry, the boss’ friend, who is just filling in as photographer.

Haven makes a lot of assumptions, which lead to her and Harry making a deal; she must answer all his questions honestly and he would help her with Sandy since he knows her. As the two get to know one another, the attraction grows.

“Even through our coats, his hard-on pressed against me. Instinctively, I twisted my body under him. ‘Fuck,’ he whispered into my mouth as he pushed his hips against me. I wanted him. I really wanted him.”

But it takes a lot for Haven to give herself to anyone.

“I think she’s holding herself back, stopping herself. I need to find out why. You people with the vaginas are so complicated.”

And that ending! Why?!? Ms. Bay, you better not make me wait too long for part two!
~ Review by Tiffany 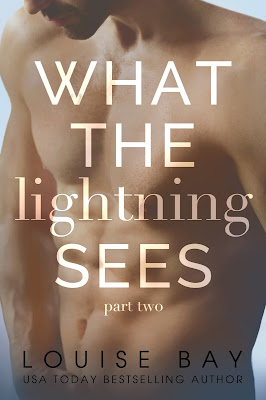 WHAT THE LIGHTNING SEES: PART TWO

Holy sexual tension, Batman! This is the second installment in the Lightning serial and it picks up right where part one left off.

Jake and Haven are struggling with working together, but not being together.

“It was part torture, part insanity, making me watch her date other men.”

The two try to play it cool and be only colleagues, but they are both so in tune with one another they have to continuously fight their reactions.

When they finally give in to their temptations, it is explosive!

“I pushed her knees apart and plunged my thumb into her and she gasped as I circled. She was so ready for me. ‘How long have you been like this, Haven? So wet, so ready?’”

It was so nice to see the two of them finally let their walls down so they could be together, but will they finally be able to make it work? Haven is so skittish about relationships while Jake is so strong. A huge wrench is thrown in at the end and I can’t wait to find out what is going to happen next.
~ Review by Tiffany 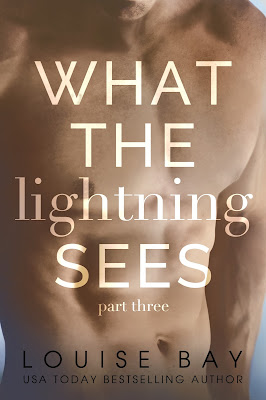 WHAT THE LIGHTNING SEES: PART THREE

I have loved Haven and Jake’s story from the beginning and I was so excited for the end of it. In this third and final installment, we had to watch Haven go through quite a few trials in order to be with the man she loves. Jake, being the kind of man he is, had to figure out his priorities and put the right ones ahead of the others.

Jake and Haven continue to have major chemistry when they are together.

“You’re amazing,” I said, my breathing returning to normal. “You’re only saying that because I made you come three times.”

They can’t seem to keep their hands off each other, and that rope scene – whoa, mama!

This story was sweet, sexy, funny, and kept me reading until the very end. So does Jake get his priorities straight? Does Haven give in or run when the going gets tough? Do they get their HEA? You will have to read and find out. There were some definite surprises in this installment. This entire series was fantastic!
~ Review by Tiffany 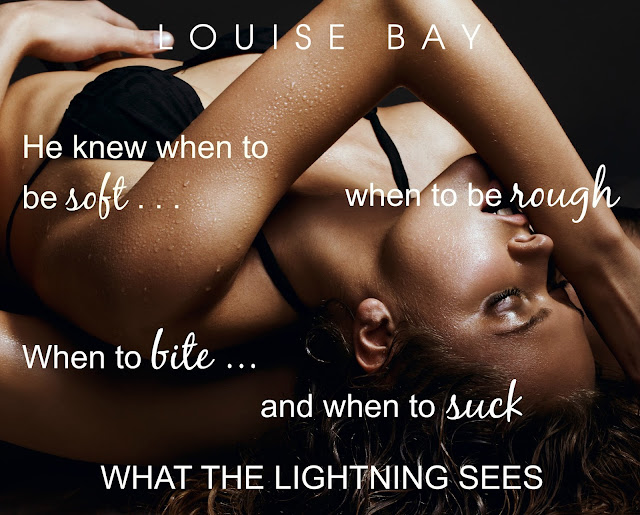 USA Today bestselling author, Louise Bay writes sexy, contemporary romance novels – the kind she likes to read. Her books include the novels Faithful and Hopeful and the novella series The Empire State Series and What the Lightning Sees. The novels and together each series are stand-alone although there are some overlapping characters.

Ruined by romantic mini-series of the eighties, Louise loves all things romantic. There’s not enough of it in real life so she disappears into the fictional worlds in books and films.

Louise loves the rain, the West Wing, London, days when she doesn’t have to wear make-up, being on her own, being with friends, elephants and champagne.

She loves to hear from readers so get in touch!