Review - Wildfire In His Arms by Johanna Lindsey 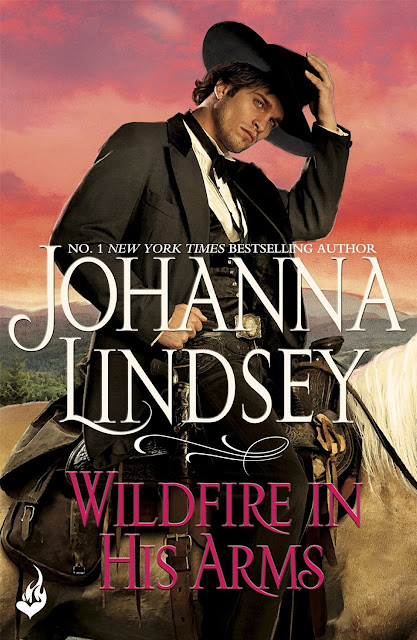 #1 New York Times bestselling author Johanna Lindsey’s passionate new tale about a gunfighter running from his past who finds his future when he escorts a beautiful outlaw to her hanging. Featuring one of Lindsey’s most intriguing heroes: the dangerous and mysterious Degan Grant from One Heart to Win.

With his work in Montana completed now that the Callahan-Warren feud has ended in marriage rather than bloodshed, Degan Grant sets out for California because it is far away from the home he wants to forget—until the US Marshal who saved his life calls in a favor. All Degan has to do is apprehend three outlaws on the marshal’s list and turn them over to the law. Easy enough, he figures, for a man no one wants to tangle with.

But then a bold young woman crosses his path. Maxine grew up so pretty and attracted so much unwanted attention in her Texas hometown that events spiraled out of control. She will try anything to escape the handsome, enigmatic gunfighter who intends to turn her over to a corrupt sheriff who will hang her instead of putting her on trial.

Saddled with a sassy, spirited young woman who insists she is innocent, Degan must hunt down a vicious killer and keep an old enemy at bay. But forced into intimate proximity with his beguiling prisoner, he finds his desire sparking into a wildfire of passion, and he can no longer deny that it is time for them to risk confronting their pasts so he can have a chance at a future with her in his arms forever.

This was the perfect book to enjoy in a courtyard with a glass of wine. It was a fun romp through a cowboy's adventure, and it threw in enough twists that it wasn't overly formulaic or predictable.

Wildfire In His Arms follows Degan, who, after a family falling out, moved out west and learned to shoot. He is, of course, a dark brooding man who carries himself like a big bad cowboy. He can outshoot almost anyone, and he's clever. These were par for the historical cowboy romance course. What switched it up and made it fun was that Degan was a bit of a snob! He insisted on hotels and hot baths and served meals almost every town they went in to. I was rather amused by that trait. He was also not a jerk. He takes on a job to help an old friend catch some wanted men, so that 1) the old friend can have some family time, and 2) so that the old friend won't risk being injured by the bad guys since he has a wife and kids. Who doesn't love a cowboy with heart?

One of the outlaws he decides to apprehend is the murdering Max Dawson. What he doesn't expect is for Max to actually be Maxine, and to not have murdered anyone at all. Max was a perfect change from the typical heroine. She's feisty, clever, and doesn't feel intimidated by Degan. He finds himself believing in her innocence, and together they set off to finish rounding up some outlaws, and then head back to clear her name. Hijinks, of course, ensue, as does romance. But really, who can resist a sexy cowboy, and what said sexy cowboy can resist a feisty woman?

There were a few typical brooding moments, where the big bad cowboy won't just tell the girl he loves her, and she just can't be with a man who doesn't love her... Eh, this was expected and not drawn out enough to be annoying. The side story with Degan's fiancée was a little hard to believe when it all came to light at the end, and the way that Max's problems were resolved annoyed me a little. The problems stemmed from them not wanting to resolve them that way in the first place, but now everything is fine?

Overall though, this was a perfect ‘let go and enjoy a cowboy’ read. A classic style that I know and love, and it paired really well with a marathon reading session and a bottle of wine!
~ Review by George 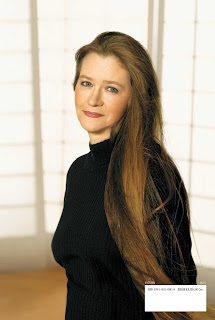 Johanna Lindsey has been hailed as one of the most popular authors of romantic fiction, with more than sixty million copies of her novels sold. World renowned for her “mastery of historical romance” (Entertainment Weekly), she is the author of more than fifty national bestselling novels, many of which reached the #1 spot on the New York Times bestseller list. She lives in New Hampshire with her family.