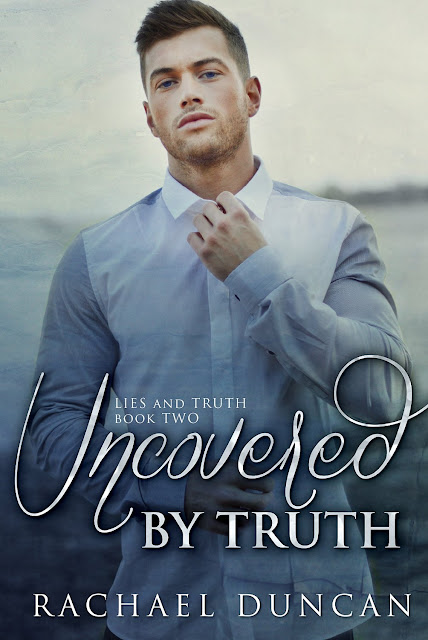 My life has been full of uncertainties. Little did I know the biggest one would come in the form of a green-eyed beauty. She came into my life and flipped everything on its end and now things are more messed up than ever before.

Being former Special Forces, I’m no stranger to fighting, but this is different. This is personal. The stakes feel much higher and the struggle to save her will be my most challenging mission yet.

But I have a secret. A secret that threatens to tear apart everything we’ve built. I just hope she can overlook them when all is revealed.

You know me as Alex Matthews.

My mistake was getting involved with her, knowing what was on the line.

Their mistake was taking me away from her. 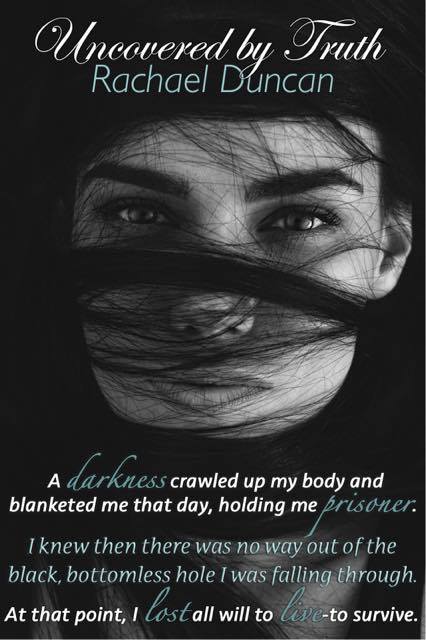 ‘Oh, HELLS yes!’ <<—my reaction when Uncovered by Truth landed on my Kindle. Also my reaction when I got to the extremely satisfying conclusion of Alex and Elizabeth’s roller coaster-like story. What a thrilling ride it was.

Normally here I would throw in a little synopsis, but since this book is a direct continuation of Hidden in Lies, anything I write has spoiler potential. So I’ll leave it at this: told (mostly) from Alex’s POV, this book picks up where book one finishes and it’s a fight for this couple... A fight for each other, a fight for their lives and a fight for the truth.

Prior to picking this one up, I re-read the first book. It was a crash course in remembering why I enjoyed it so much, and why I was so fucking desperate to get my hands on book two. I fell in love with Alex, Elizabeth and this story all over again – maybe even more second time around – and jumped straight into Uncovered by Truth. And then I didn’t stop until I got to end. I couldn’t stop. Never mind sleep, I wanted to know what would happen and I wanted to know ASAFP. Yeah, that’s right...as soon as fucking possible.

Oh, Alex! I love this protective, domineering, loving, sweet man. The flashback to his military days, combined with his attempts to make and keep Elizabeth safe had my emotions all over place. He was strong except where she was concerned because he needed her. And damn it, when a tough guy needs his girl, my heart (and my panties) will melt.

And Elizabeth...I am writing this review with a furrowed brow, as I try to explain why I wanted to wrap her up in my arms and hold her tight without giving anything away. Hopefully that’s enough for you want to read this book – or, if you haven’t already started with book one, read both excellent parts of this duet.

I rode the up-and-downs with this couple; I sat forward in my seat, bit my nails, cursed and swooned, melted and overheated, and felt all the feels. Rachael Duncan took a great start in Hidden in Lies and produced a follow-up that was suspenseful and thrilling, sexy and loving, and tense and heart-breaking. I can’t wait to read whatever she writes next.
~ Review by Beth

“How do you pick up the pieces when the one person you’ve ever loved and cared about has been ripped from you in an instant?”

This is the question that Elizabeth must answer in this second book in the Lies and Truth Duet. Uncovered by Truth answers all of the lingering questions we had from the first book, Hidden in Lies.

Elizabeth is continuing to live a depressed, lonely life as the wife of the evil, twisted Senator Cal Fitzgerald.

“I’ve been slowly dying inside ever since I married that man. Well, no more. I had two choices: fight or die. I chose to fight. And live.”

Watching Elizabeth work through all of her problems, both by herself and with Alex by her side, was incredible. She is such a strong woman who has had to endure far too much unpleasantness in her life.

Alex also had a lot to work through. After the bomb dropped at the end of the first book, we were able to see more inside his thoughts. I loved that the majority of this book was from his point-of-view. He really was stuck between a rock and a hard place, but he was willing to do whatever it took to protect the woman he loved. You can’t ask for more than that.

“We kiss a lot, but every time my lips touch hers, it feels like the first time. And I don’t give a shit if that makes me sound like a pussy. It’s the truth.”

This second and final book in the Lies and Truth Duet was packed full of drama, action, twists and turns, and lots of secrets. It also was steamy and romantic. It kept me on the edge of my seat and I had to know what was going to happen at all times. I didn’t put it down until I was finished the entire story. I loved both Alex and Elizabeth and was so glad to read their story.

Uncovered by Truth by Rachael Duncan is the second part of the Lies and Truth Duet which continues the story of Elizabeth, Cal and Alex. I enjoyed the action packed portion of the story; the back story to Alex was beneficial in really connecting to his character and falling even more in love with him. Elizabeth showed how strong of a woman she really is, and well, then there’s Cal…

The entanglement of the romance, action, back story and all was amazing. I felt like I really was able to get to know the characters and became even more invested in them. Rachael really tied up the end very well and that was nice. No lingering doubt there! 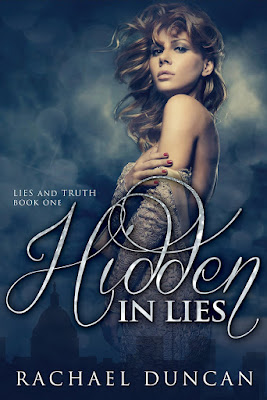 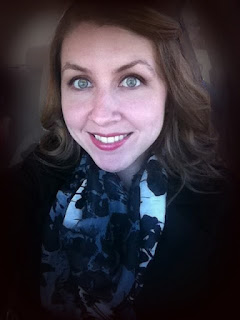 Rachael Duncan is an Army wife to her amazing husband, Steven, and mother to their beautiful daughters, Natalie and Zoe. She grew up in Nashville, Tennessee and went off to graduate from the University of Tennessee with a bachelor's degree in political science. With initial plans to work in politics, she moved to Washington, D.C. and worked on Capitol Hill for a House Representative. After a short time, she hated it and realized it wasn't for her.

Rachael is the author of Tackled by Love and Hidden in Lies.