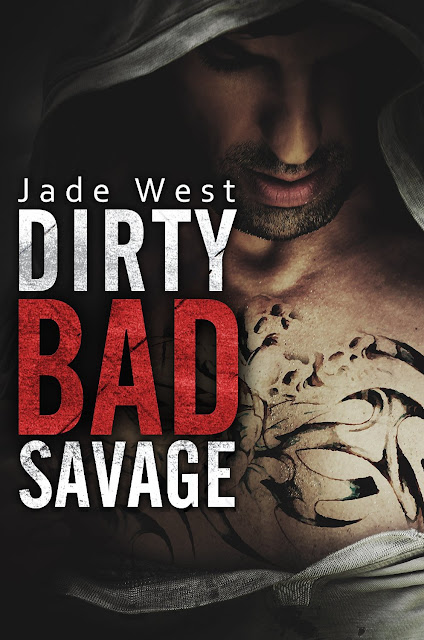 They say Callum Jackson's a savage.
No home. No prospects. No self-restraint.
He's red-flagged on my system, a grade-1 aggression risk, totally off limits for a woman like me.
But the rules don't allow for my dangerous games; they don't bend for my twisted desires.
Callum Jackson is the most beautiful beast.
A beast I can't stop thinking about, can't stop wanting, can't stop hunting...
...I just pray to God this beast bites.

Sophia Harding runs a tight ship. She may work in the dregs of housing association slums, but her patch is on the way up.
Anti-social behaviour is down, employment is on the rise, and she's even been shortlisted for estate manager of the year.
It's looking good. Really good. Until Callum Jackson completes his jail time and lands right back on her doorstep.
She could do without a guy like him on her books: a failure of the system and a pain in the fucking ass.
She should tick the boxes, do her job and keep her distance – that's what the handbook says. The handbook says no one-on-one contact, no at-risk situations, no direct confrontation of any kind.
But the handbook doesn't know of her craving for hardcore submission.
The handbook has no fucking idea how she yearns to unleash Jackson at club Explicit, where his savage can really run wild.
The handbook doesn't know shit... 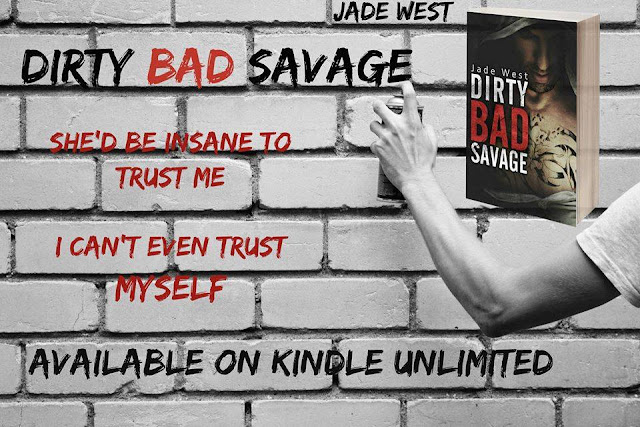 If you read Dirty Bad Wrong, then you know to heed the warning on Ms. West’s books. This one was exactly the same. Dirty. Bad. Savage. And I loved it!

“A gorgeous monster. A savage. An ungrateful, vicious, dangerous savage.”

“That’s the rush we all crave, that reverence in someone else’s eyes. Knowing that right then you’re everything…their master, their lover, their fucking god.”

Enter Callum Jackson. He is a criminal. He is everything that Sophie shouldn’t want. He’s dangerous, a savage. But she can’t seem to stay away. She is drawn to him. The two together are hot as hell.

“I’m going to ride that dick so hard, Savage, so fucking hard…” “Fuck yeah,” he growled. “Show me what you’ve got.”

This story is definitely dark and dirty. There are parts that may turn you off, but for me it didn’t detract from the amazing story behind it. Because this story is so much more than dirty, kinky sex. It’s the story of two lost souls, finding each other and figuring out how to make it work.

I loved watching Callum open up, becoming the man he was deep down inside. I loved his relationship with his dog, Casey. I really enjoyed watching Sophie blossom into the person she was as well, instead of putting up appearances. Raven was one of my favorite parts of this story and I loved that we got to see Masque and Cat again as well. Another phenomenal read from Jade!
~ Review by Tiffany

This story is very different from book one. The story happens more outside of the club, and is a bit more “everyday” and “real life”.

Callum is the bad boy. He is more misunderstood than actually bad, but he does have his moments where he also deserves a good spanking. He is also an artist and a natural dominant.

When he and Sophie decide not to hold back on their attraction, his natural need for control is enough to make Sophie want to come back for more. Their time at the club is brief, but scorching hot.

There are some parts of this book that were beyond my comfort zone (alleyway scene) but that did not affect my review at all. The story and the writing speak, once again, for themselves and will hold you captive the entire time.

I do wish there were more scenes in the club as Sophie used to be a regular, and Callum seemed to fit right in. Masque and Cat, among others, from Dirty Bad Wrong made appearances and I can only hope we get more stories from Jade.
~ Review by Devlynn

Callum Jackson—homeless, unemployed, just released from jail, and so dangerously tempting. He’s the guy your mama warns you about. He’s dangerous, but beautiful… and Sophia wants to know more about the games he’s willing to play.

Sophia Harding, hard working estate manager for one of the roughest patches in the area. Life in her patch is improving—she can’t let something like the past behavior of Callum Jackson bring things down. She knows she should steer far away from him, but there’s something about Callum that draws her in, something that speaks to her need to submit. Is Callum just the man for the job? Is he savage enough to meet her needs?

Sophie and Callum...I don’t even know where to start. They are like oil and water...and oh, so perfect together. They just need to realize that for themselves and not screw it up over silly misunderstandings and pride. I loved their interactions with each other—both knew exactly what the other needed. And Sophie has some deep, dark needs...

I would have loved to have more scenes between the two of them at Explicit and more interaction with Masque and Cat, and Raven and Cara. I loved the subplot of the book, too, but I wanted to know how things really turned out for them…maybe an update in the next one, Ms. West?
~ Review by Missy 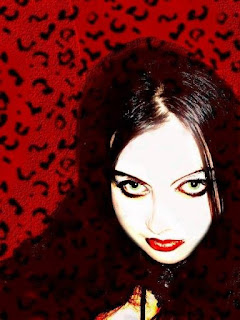