Blog Tour - All That Sparkles by Clair Boston 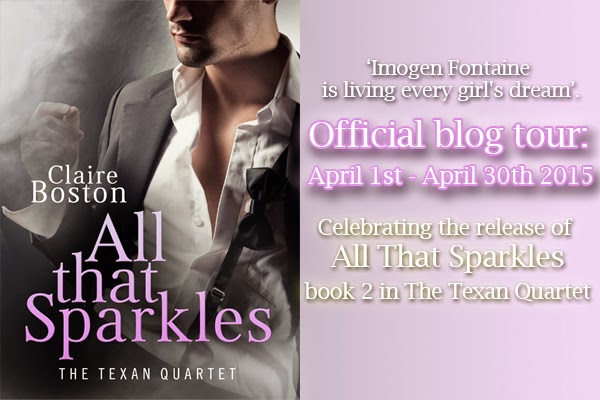 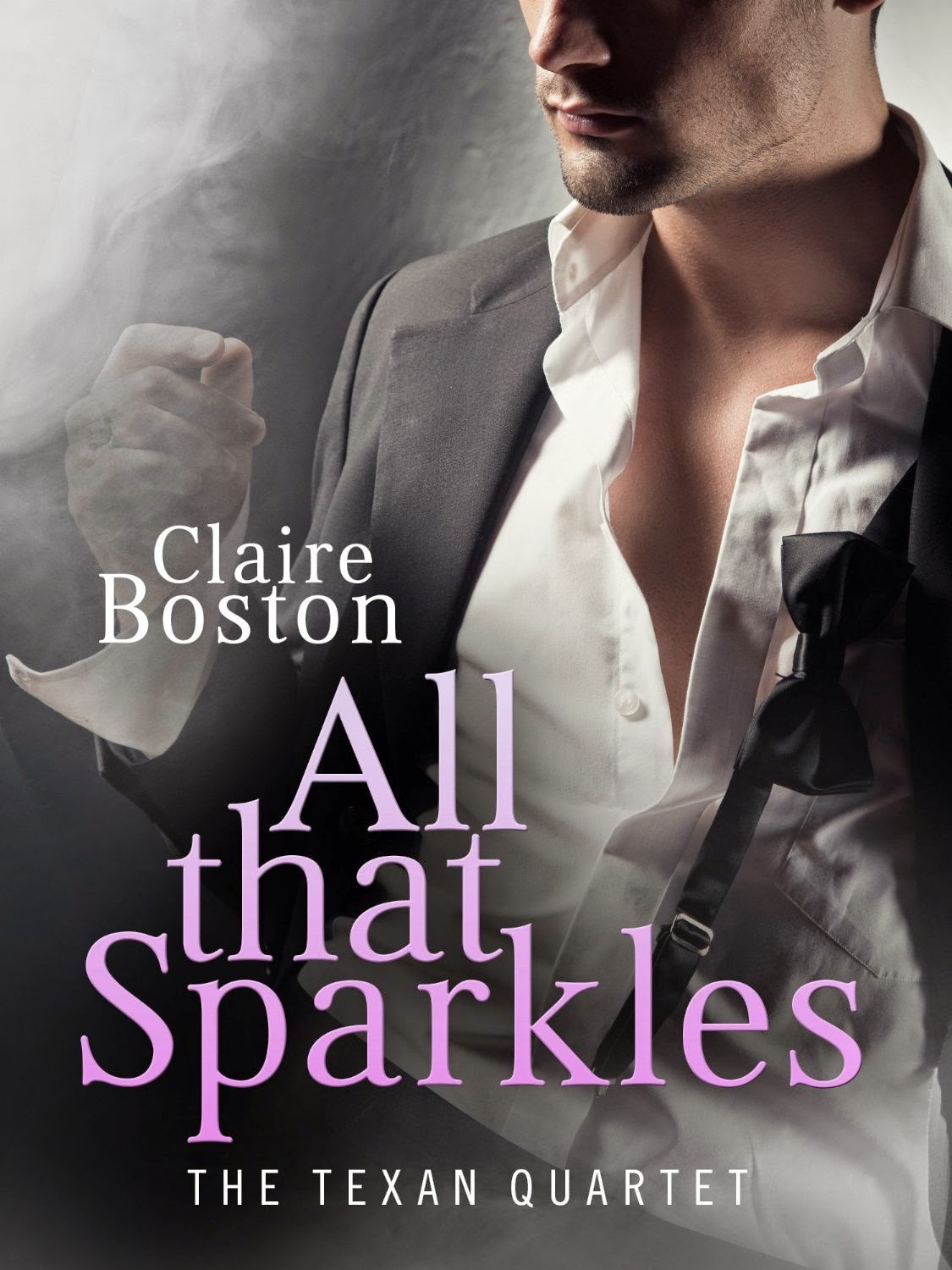 She is a fashion designer for her family’s haute couture label, lives in a mansion, has a great circle of friends and is the apple of her father’s eye. Everything is perfect.

Until the day that Christian, the boy at the center of her childhood heartbreak, walks back into her life.

From there her life starts to unravel, as long-kept secrets are revealed. Imogen learns that her past was built on lies and betrayal, shattering the illusion of her perfect existence. She must seek out the truth if she has any hope of forging a new path for herself and discovering true freedom.

But can she convince Christian that there is a place for him in her new life?

If you're in the market for a romance that can only be described as charming, then All That Sparkles is the book for you.

Imogen Fontaine measures all men by the boy that stole her heart one summer when she was a teenager. Heartbroken when Christian Barker left her, without a word and without a trace, she never hoped to find him again.

When she encounters him unexpectedly, and he doesn't remember her or the weeks that meant so much, Imogen vows to move on. But how can she move on when Chris' return brings to light an unexpected betrayal?

Swoonworthy. There's another word for this book. I truly enjoyed the two hours (or so) I spent with Imi and Chris. I'll admit I had my apprehensions about reading All That Sparkles, having expected and hoped for a book about George to follow the sweet What Goes On Tour, but I needn't have worried. All That Sparkles was many things, charming and swoonworthy being just two of them. I smiled a whole bunch. I frowned on occasion. I may even have uttered an "oh Jesus, Christian" at one point.

Perhaps it was a little sugary and convenient at times, maybe even a little fluffy, but it was practically impossible not to fall for selfless Imogen and get angry at those who wronged her or let her down. I liked Chris, but this was Imi's book and I was pleased at the outcome for this well-sketched character. Imi may have been a little bit of a pushover early on, but Ms. Boston did a great job of helping her find her backbone and her feet. There was clear growth here and it had me rooting for her.

I'm very much enjoying this cute, quick and easy series. Happily, the Texan Quartet will continue with George's book and I sure hope it's not too long a wait. I'll definitely be reading. And you should be too.
~ Review by Beth

Imogen Fontaine is happy. Happy to be a designer for her family’s fashion label, happy to live in the guest house on her family estate, happy with her circle of friends, happy that she’s the apple of her dad’s eye. Happy. Perfect. Life.
Until Christian returns. Christian, the boy who disappeared without a trace when Imogen was 15 and broke her heart. He’s back. Back with animosity. Back with the story of his disappearance. A story that doesn’t match up with what Imogen knows is the truth.
But is it really the truth? Bit by bit, thread by thread, Imogen’s life as she knows it starts to come apart. Lies have been told and the truth is finally being revealed. But will the truth bring new freedoms and open Imogen’s life to possibilities she never knew about, or will the truth keep her from making a move?
Imogen has lived a very sheltered life. Protected from the world by her father and his money, Imogen wants to flex her wings and gain some independence, but her father and his patronizing behavior keep Imogen grounded. I can’t imagine having both the love and support of a parent but also the guilt of trying to make my own way profoundly affecting my family in a negative way. Imogen didn’t realize how much she gave up her dreams and independence until the truth starts to be revealed more and more. I loved how Imogen finally stood up and decided to live her life for herself. It was about time she realized she was acting like a doormat—doing everything for everyone but herself.
And then there's Chris. Swoon. He’s a bit of a Bitter Betty when he sees Imogen again, but wow, when he finally drops his walls, he’s something…mm hmm…something…
I’d have loved to see more from the business end with Imogen—she’s on her way toward her independence and I’d love to see what happens with that. Hopefully we’ll get an update on Imogen and Chris in George’s story.
~ Review by Missy 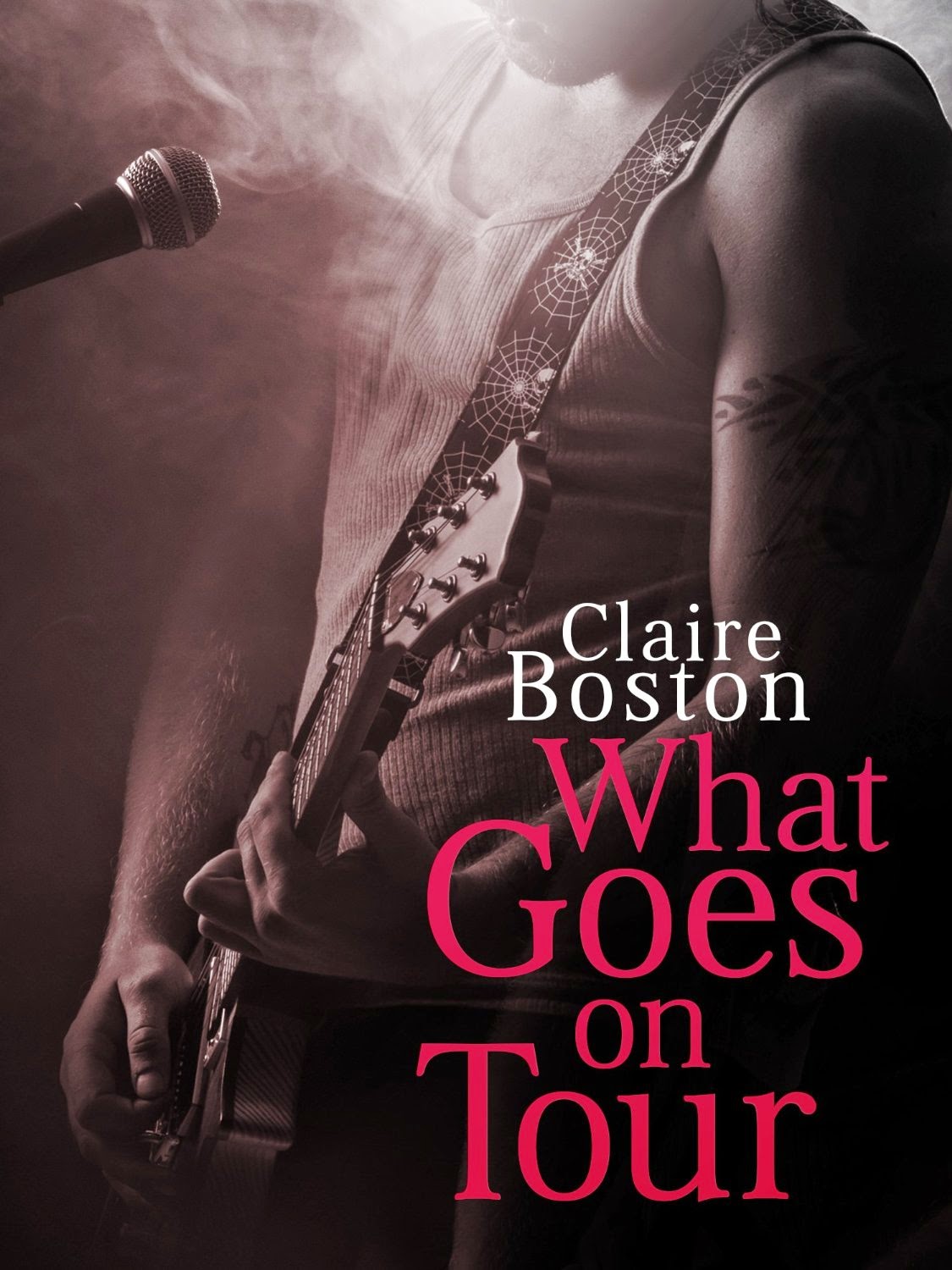 What goes on tour, stays on tour … or does it?

Few people know that socially awkward Adrian Hart is actually rock god Kent Downer, and that's the way Adrian likes it. His privacy is essential, especially now that he has guardianship of his orphaned, ten-year-old niece, Kate. But when the nanny quits in the middle of his tour Adrian finds himself in a bind.

Until Libby Myles walks into his life.

Libby has only ever wanted to become a full-time author and prove to her parents that she can make it on her own. On the surface, the temporary job as the nanny for Kent Downer's niece looks perfect—the pay is fabulous, the hours are short and Kate is a big fan—it's the rock star that's the issue.

Arrogant and way too attractive for anyone's good, Kent Downer has enough swagger to power a small city. But when he's out of costume he's different—shy and uncertain. For Libby it's a far harder combination to resist. She needs to find a balance between work, writing and ignoring her attraction to the rock star, because if she falls for him, it could mean the end of her dream.

But when a horrible scandal is unleashed—putting young Kate in danger—there's more heat between Libby and Adrian than just sexual attraction. Libby must figure out if Adrian ever cared for her, or if it was all just part of the show …

A rock star and the nanny... How could I say no? I couldn't. I didn't! And I am quite pleased about that, because I might have missed this sweet little gem otherwise.

Adrian Hart values his privacy. Shy, quiet and a little anxious, it's only when he's in costume as his alter-ego, superstar Kent Downer, that he has the rock star swagger his fans know and love. But Adrian isn't just a rock god; he's also uncle and guardian to his 10 year old niece, Kate. When her nanny leaves unexpectedly, he needs to find someone he can trust, fast...

That someone is Libby Myles. All she wants is to be a full-time writer. With flexible hours allowing her time to write, and excellent pay solving her financial woes, the job is ideal for Libby. Except scandal comes looking for Kent and Kate, putting all three of them in jeopardy. Can the attraction between Libby and her employer survive the fallout, or will Libby be left licking her wounds?

What Goes on Tour was a very fun, very easy-to-read book. It ebbed along nicely, a total page-turner, and was a little different to what I am used to. There is no crazy, dirty sex here. Oh, don't get me wrong, the chemistry between Adrian and Libby is noticeably steamy, but this one is definitely cleaner than most. Claire Boston does an excellent job of tastefully and sweetly bringing these two characters together.

She also excels clearly delineating between Libby's attraction to Adrian and her (almost) distain for Kent. It's almost like they're two different people, and that's something a little different. I loved that Adrian wasn't all growly-Alpha-prick rock star without his Kent costume, instead just a normal guy trying to be the best father figure he could be in unique and somewhat heart-breaking circumstances.

I would call What Goes on Tour a nice book. The characters were friendly. The story was gentle, relatively simple and very interesting. The writing was great. While I wasn't floored by it in a I-must-have-more-right-now-because-this-is-the-best-book-ever way, I found myself very invested in what happened to Libby, Adrian and Kate. And I was left with a smile on my face when all was said and done, because saying yes this rock star/nanny novel really was an excellent idea.
~ Review by Beth 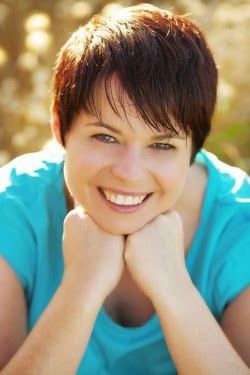 Claire Boston was a voracious reader as a child, devouring anything by Enid Blyton as well as series such as Nancy Drew, Trixie Belden, The Baby-sitters Club and Sweet Valley High. Then one school holidays when she'd run out of books to read her mother handed her 'Hot Ice' by Nora Roberts and Claire instantly fell in love with romance novels.
The love of reading soon turned to a love of writing and she struggled to keep within the 1500 word limit set by her teachers for her creative writing assignments. When she finally decided to become serious about her stories she joined Romance Writers of Australia, found her wonderful critique group and hasn't looked back.
When Claire's not reading or writing she can be found in the garden attempting to grow vegetables, or racing around a vintage motocross track. If she can convince anyone to play with her, she also enjoys cards and board games.
Claire lives in Western Australia, just south of Perth with her husband, who loves even her most annoying quirks, and her two grubby, but adorable Australian bulldogs.