Review - The Mistake by Elle Kennedy 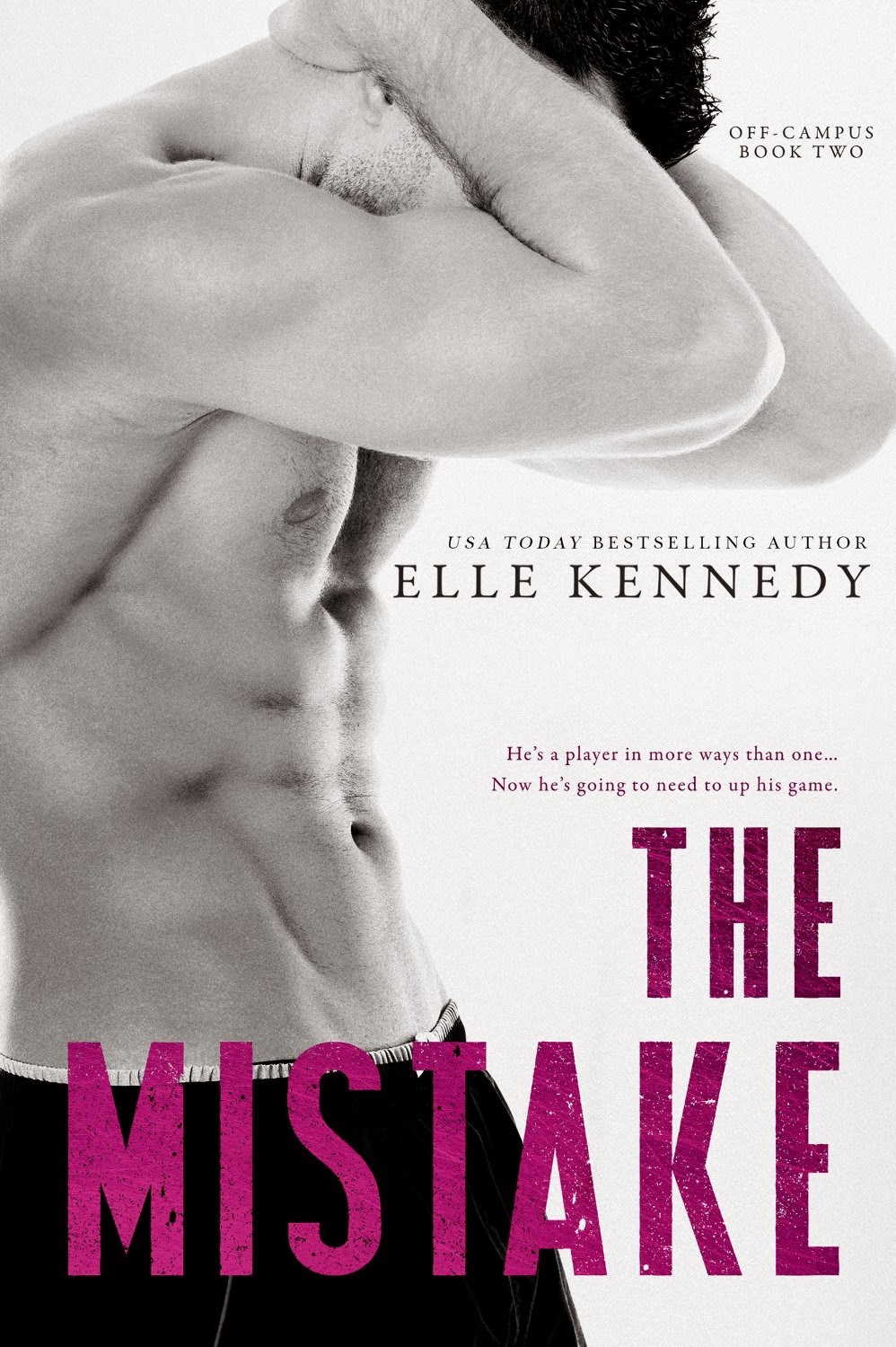 He’s a player in more ways than one…

College junior John Logan can get any girl he wants. For this hockey star, life is a parade of parties and hook-ups, but behind his killer grins and easygoing charm, he hides growing despair about the dead-end road he’ll be forced to walk after graduation. A sexy encounter with freshman Grace Ivers is just the distraction he needs, but when a thoughtless mistake pushes her away, Logan plans to spend his final year proving to her that he’s worth a second chance.

Now he’s going to need to up his game…

After a less than stellar freshman year, Grace is back at Briar University, older, wiser, and so over the arrogant hockey player she nearly handed her V-card to. She’s not a charity case, and she’s not the quiet butterfly she was when they first hooked up. If Logan expects her to roll over and beg like all his other puck bunnies, he can think again. He wants her back? He’ll have to work for it. This time around, she’ll be the one in the driver’s seat…and she plans on driving him wild.

READ THIS BOOK! Oh my gosh, this book right here? Hilarious! Sexy! Funny! Hot! Raucous! Steamy! And so on... You get the idea, right?

John Logan can have any girl he wants. After all, he's one of Briar University's hockey stars. But there's a problem... The girl he wants? Not. Interested. He's determined to change her mind though, even if it takes all of his senior year.

Grace Ivers can't forget the night she nearly scored a goal with Logan -- it would have been her first time, but unfortunately, that's not the only thing that made it memorable... Now, Logan's back in her life, trying to make amends for his mistake.

But Grace has changed between then and now, and if she's going to give Logan a second chance, he's going to have to prove he really wants it...

I FUCKING LOVED THIS BOOK. I enjoyed The Deal, although perhaps not as much as some, and it was more than enough to make me want to read Logan's story. But The Mistake? Blew the first book out of the water. It was funnier. It was sexier. It was better and I couldn't put it down.

I am completely in love with Logan. Egotistical, sexy, stupid Logan, who was hilarious AND adorable in his determination to get back into Grace's *snicker* good graces. He was an excellent hero -- Alpha enough to be hot, sweet enough to be swoon-worthy, and clueless enough to be adorable. His relationship with his friends was riotous; I loved their bantering, niggling moments together, and can't wait to see if Elle Kennedy has more in store for these hockey boys.

I have to say, I'm also halfway in love with Grace. Actually, no, I'm not. I'm completely in love with her too. She was sassy and smart. I loved that she didn't cave easily -- even though she wanted to, and I wanted her to -- and thought she was the perfect match for Logan. Their relationship made me all sorts of happy, even when it made my heart thump, thump, thump.

The Mistake surprised me, and I'm not sure why. Ms. Kennedy teed-up an emotional, funny, thoughtful series in The Deal and knocked it out of the park with The Mistake. I cannot wait for the next one. Please, please, tell me there is a next one!

John Logan! Where have you been all my life? I was so excited when I saw there was another book to come after Elle's first foray into New Adult romance with The Deal. To say I loved it would be an understatement. But The Mistake? Oh my, I FLOVED The Mistake.

Elle's writing is fresh, funny and totally sexy. She combines real life issues with relatable characters and a humorous twist. I'm a fan of the brooding bad boy and good girl stories; I eat them up like ice cream on a hot summer day. Logan and Grace are quite the pair and the very definition of opposites attract. I could not put this book down and then when it was over I had a big, sappy grin on my face. It just made me feel good. And then I immediately wanted to kick myself for reading it so quickly. This is one of those books you want to devour yet savor at the same time.

I didn't get a chance to read the first book in this series, The Deal and let me say, I think that is completely my loss especially after reading The Mistake!!

Where do I start without giving too much away? John Logan ~ hockey player, sex on a stick, and panty-melter with that grin (*sigh*) can't get over the fact that his "dream girl" is with his best friend, Garrett. Until he meets Grace…

I must say, Garrett’s first encounter with Grace was hot, sweet and funny. Then, there is one moment that had me gasping and chanting, ‘NO! Don't tell her that! No, no, no, no!’ And yet, he did and to see Grace crushed had me in tears and hating Logan!

Logan knows he made a huge mistake with Grace and wants nothing but a second chance to make it right; I loved how Grace made him grovel to gain her forgiveness, and my goodness, the list she made for him was hilariously funny!! One thing Logan doesn't speak of is his personal family life and once I read why, my heart went out to him because, for being such a young person, he had a lot on his shoulders.

When I got to the end I was sad because I wanted their story to keep going, I wanted to see what else was in store for them. Loved, Loved, Loved Logan and Grace's story and highly recommend it!! 5 Unbelievably Amazing stars.

A USA Today bestselling author, Elle Kennedy grew up in the suburbs of Toronto, Ontario, and holds a B.A. in English from York University. From an early age, she knew she wanted to be a writer, and actively began pursuing that dream when she was a teenager.