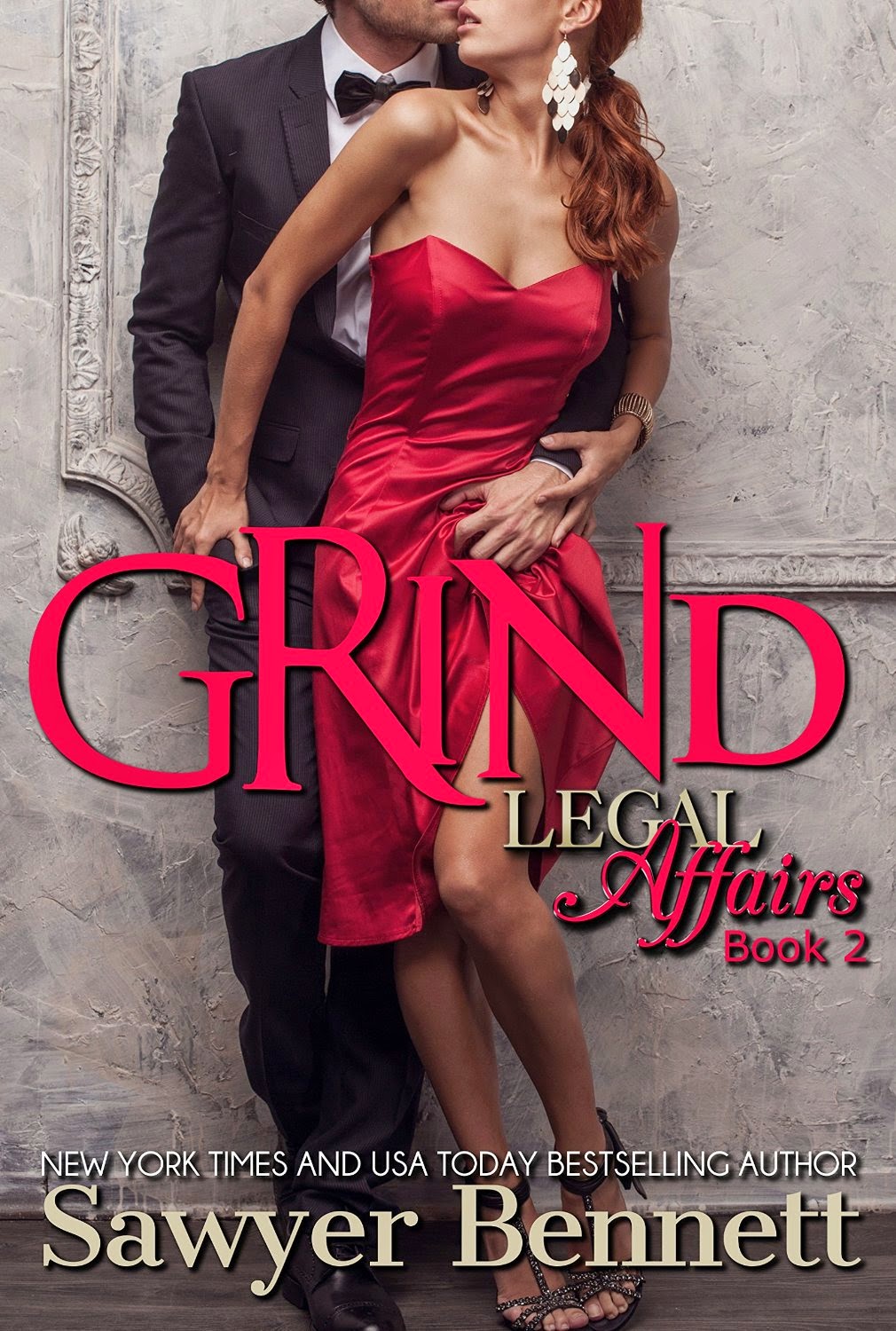 Macy Carrington is not the woman I once thought her to be.

What she does not allow her heart to feel, she gives with her body. The sex between us is explosive and depraved. I’ve done things with her that would never have crossed my wildest imagination, and I can’t ever seem to get enough.

But now I want more from her. I want to figure out her dark secret, expose it and then help her to heal from it. I know, without a doubt, that Macy is capable of love, and I will grind her down until I make her accept the truth of it.

Grind (verb): to wear down, polish, or sharpen by friction

Cal Carson is not the man I once thought him to be.

Strong, determined, sexy as hell and a beast in the bedroom. He is every woman’s fantasy.

He is my fantasy.

But no matter how hard Cal tries to grind me down, my heart and secrets are mine and mine alone.

Well, well, well.... Every time I think Ms. Bennett has bested herself in the dirty, kinky sex department, she *snickers* comes up with something dirtier, kinkier, sexier. And holy mother of mercy, Grind was....like, *gulp* *gasp* FUCK!!

They may not be friends. They may not even really like one another. But Macy Carrington and Cal Carson have a boatload of chemistry and a strong desire to fuck one another into oblivion. With Cal helping Macy -- in more ways than one -- will their sexual relationship keep building??

Can you tell I thought this book was H. O. T.? But it's something else too. It's actually quite sweet and kind of sad. I loved Macy here -- bruised, broken, mysterious Macy, whose diary entries give much needed insight into her psyche but don't overwhelm the reader. God, I need to get to the bottom of her secrets. I want to learn more about her. I desire all the best things for her and Cal...

But with that epic cliffhanger ending, it's not all sunshine and roses. Not yet, anyway. I got to the end, happy and sad, excited and frustrated and so damn ready to jump into Yield, that I've never been more grateful for long-haul travel and a well-stocked Kindle. Cal, Macy, you're mine. I can't wait to see what happens next!

MUST. HAVE. BOOK 3. NOW!!! Holy cliffhanger, Ms. Bennett! I need to know what is going to happen and what Macy’s secret is!

Grind is the second book of Cal and Macy’s story and I think it was even better than the first. We finally get to see Macy let a little of her guard down with Cal. And we continue to see Cal break down her walls.

“You can tell me anything, Macy. I’m you friend. You will always be safe in telling me, but more importantly…you will never be judged by this man.”

I continue to adore Mac and her relationship with both Cal and Macy, and the scene between Matt and Cal was awesome. I can’t wait to read the conclusion to this series and find out if Macy and Cal will end up together!

Sawyer Bennett can write one hell of a series. And this one is no exception. I often tell her she needs to stop writing because my panties just can’t handle all the awesomeness and heat she brings to the pages; she has yet to listen to me. It’s probably for the best.

So Saint Cal and Macy join us again right where we left them. In Cal’s office while she is trying to show him her pet beaver. (And I would assume it’s a pretty beaver, because Cal spends a lot of time kissing it.)

Cal and Macy end up in Utah, and then spend the rest of the trip in a hotel room. And let me tell you, that man needs to change his name to MacGyver! He can do anything with hotel supplies!

Macy seems to be warming up in this book a bit. Maybe THAT’S why she is wet all the time…? LOL. If you have made it this far into the review, congrats! Now go buy the series, and extra panties. And maybe some batteries.

Sawyer is the author of several contemporary romances including the popular Off Series, the Legal Affairs Series, the Last Call Series and the Carolina Cold Fury Hockey Series.