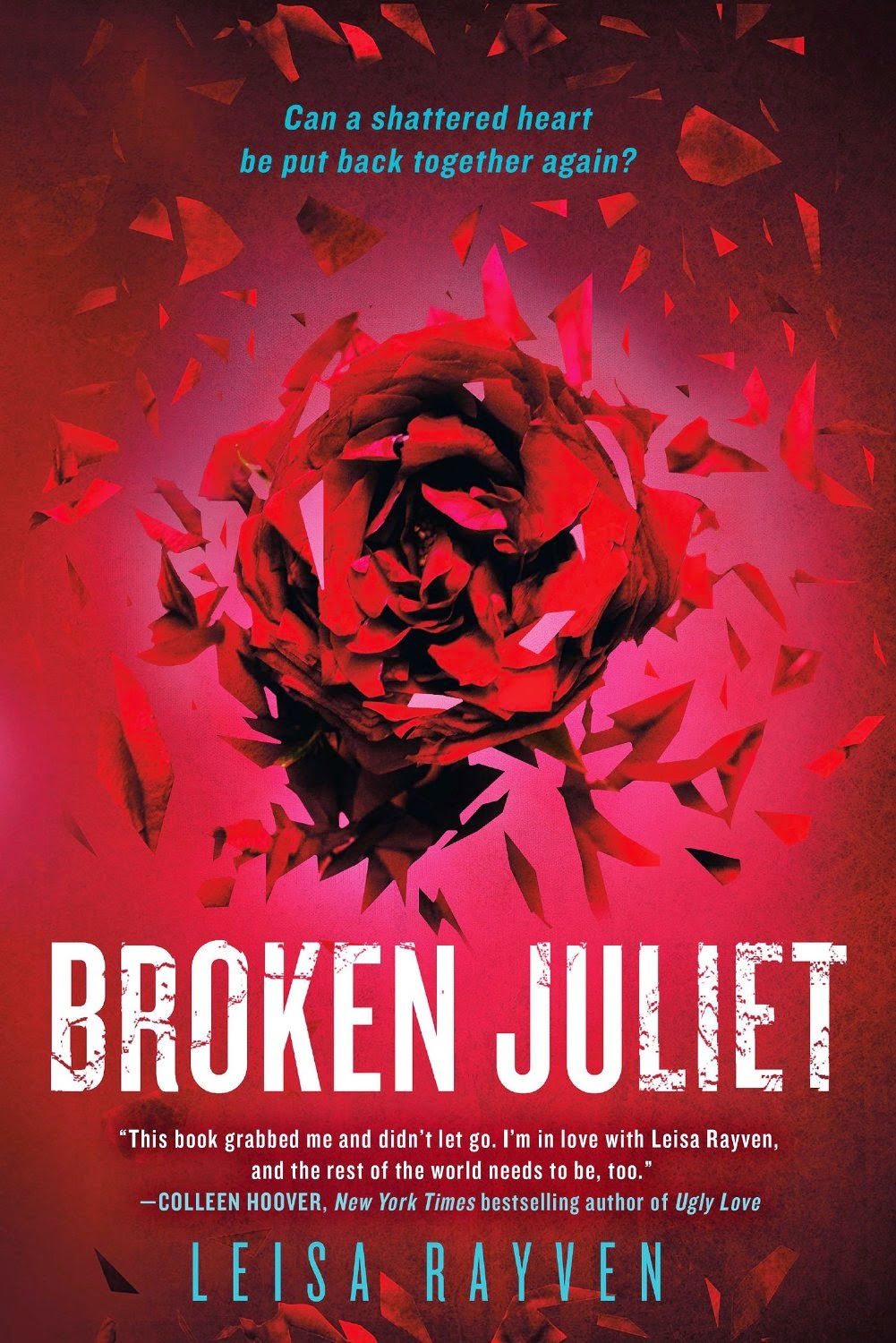 How do you fix a love that’s been broken beyond repair?

For years, Cassie Taylor tried to forget about Ethan Holt. He was the one great love of her life, and when he failed to return her love, a part of her died forever. Or so she thought. Now she and Ethan are sharing a Broadway stage, and he’s determined to win her back. Claiming to be a changed man, he’s finally able to say all the things she needed to hear years ago, but can she believe him? What makes this time different from all his other broken promises?

Ethan knows he can’t change their tumultuous past, but if he’s going to have any chance of being with the woman he loves, he’ll need to convince Cassie that her future belongs with him. 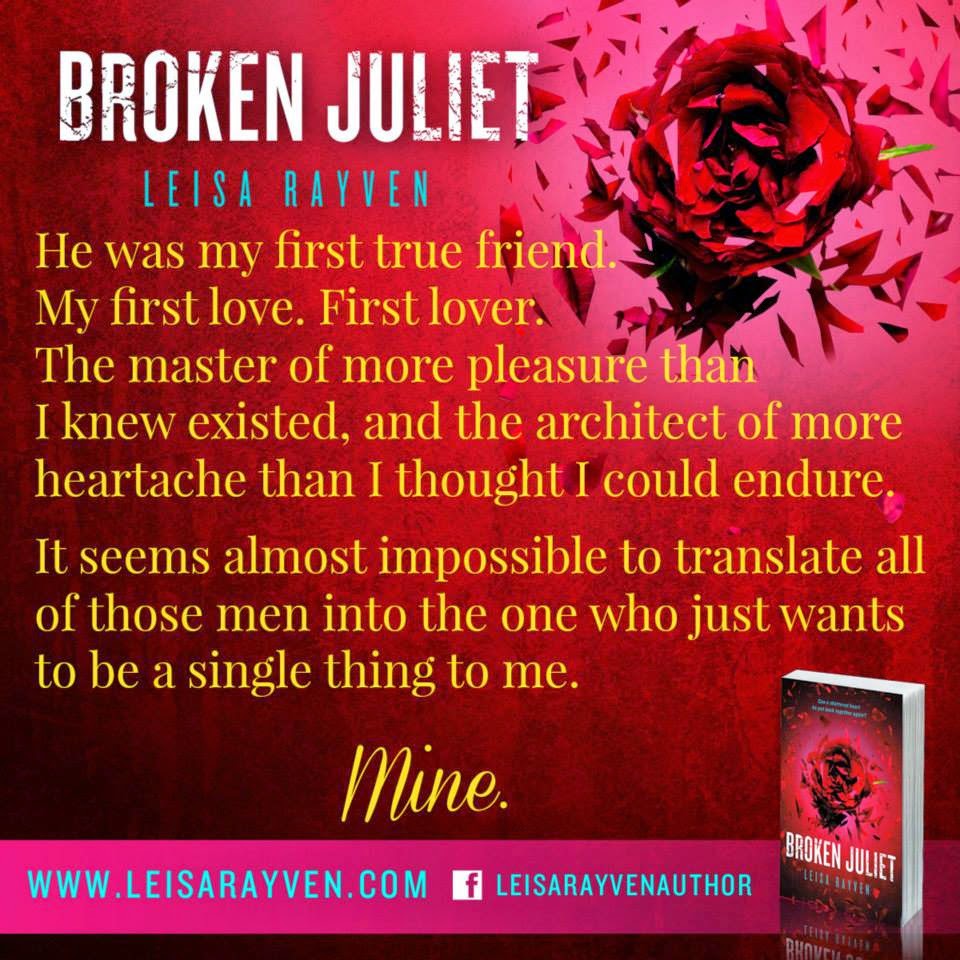 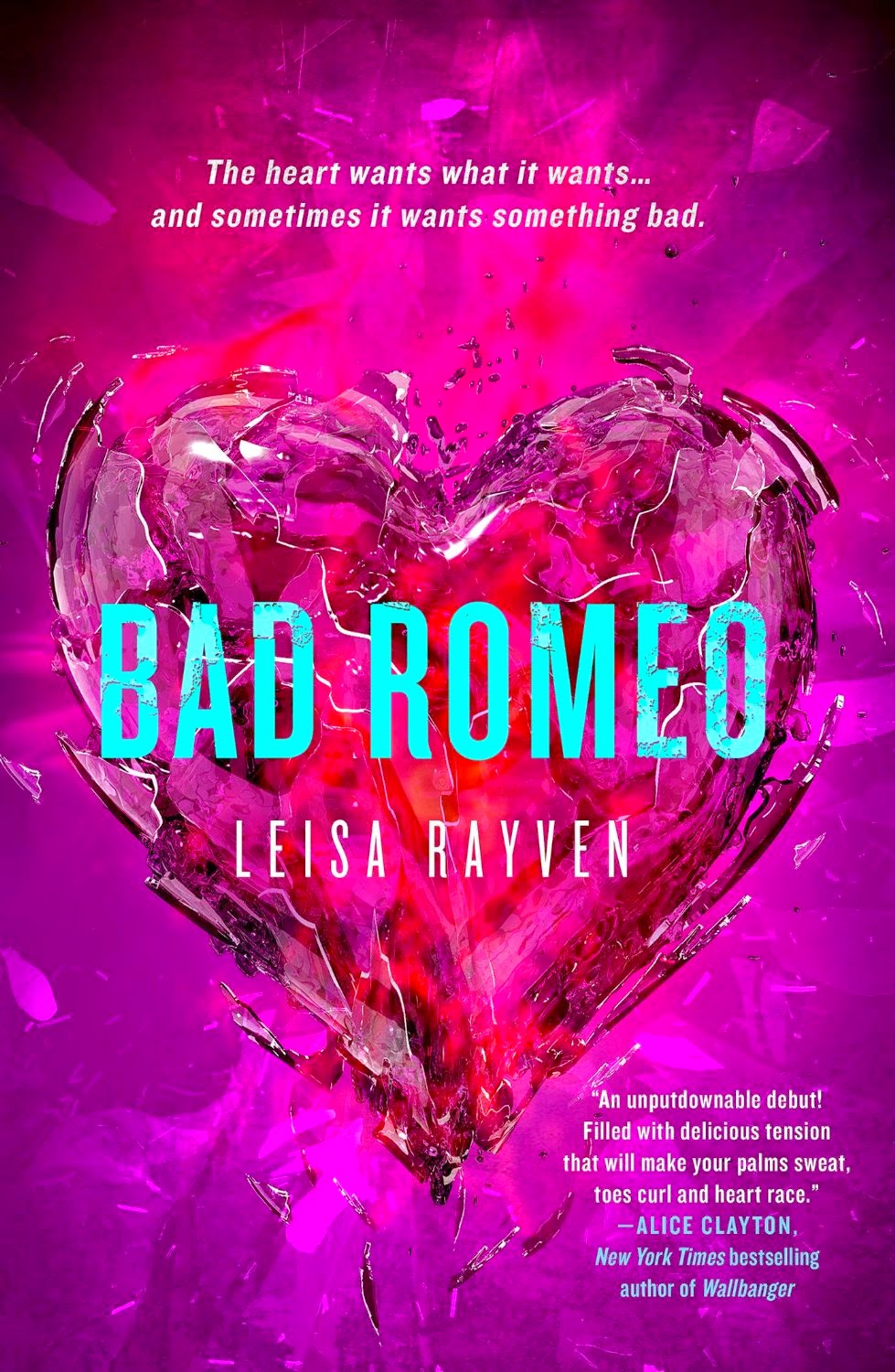 Somebody call the fire department! Holy hell, if you thought Ethan Holt was hot in Bad Romeo, you ain't seen nothing yet! He's simply scorching in Broken Juliet. This sexy, brooding bad boy just got a personality makeover and it made him hotter to the nth degree! Yes, Bad Romeo still lies in there somewhere, but oh man! He's sweeter, swoonier and hella sensitive now. Queue the exploding ovaries!

Leisa Rayven left me with a helluva cliffy in Bad Romeo. When my kindle reached the 100% mark and there was no more story, I was like, "Nooooooooooooooo!" I think I called her every curse word in the book too. #SorryNotSorry.

Let's get to the 411, Broken Juliet picks up right where I lost my poor heart to Ethan Holt. It never even had a chance. I, like our Juliet, Cassie, was a goner for him. G-O-N-E-R. In Broken Juliet, Ethan and Cassie have flip-flopped roles. She's the moody one who can't trust him and he's all of a sudden an open book. His goal: to make Cassie his again. But is his Juliet too jaded from his past wrong doings to ever open her broken heart to him again?

Ms. Rayven certainly set the bar high for me with Bad Romeo. And now, she's completely blown it out of the water. Fraught with angst, sexual tension and spellbinding chemistry, Broken Juliet will have you breaking out in goosebumps and squirming in your seat. Buckle up and enjoy this emotional rollercoaster. This is New Adult romance in it's finest form. 6 Broken But Bright stars. 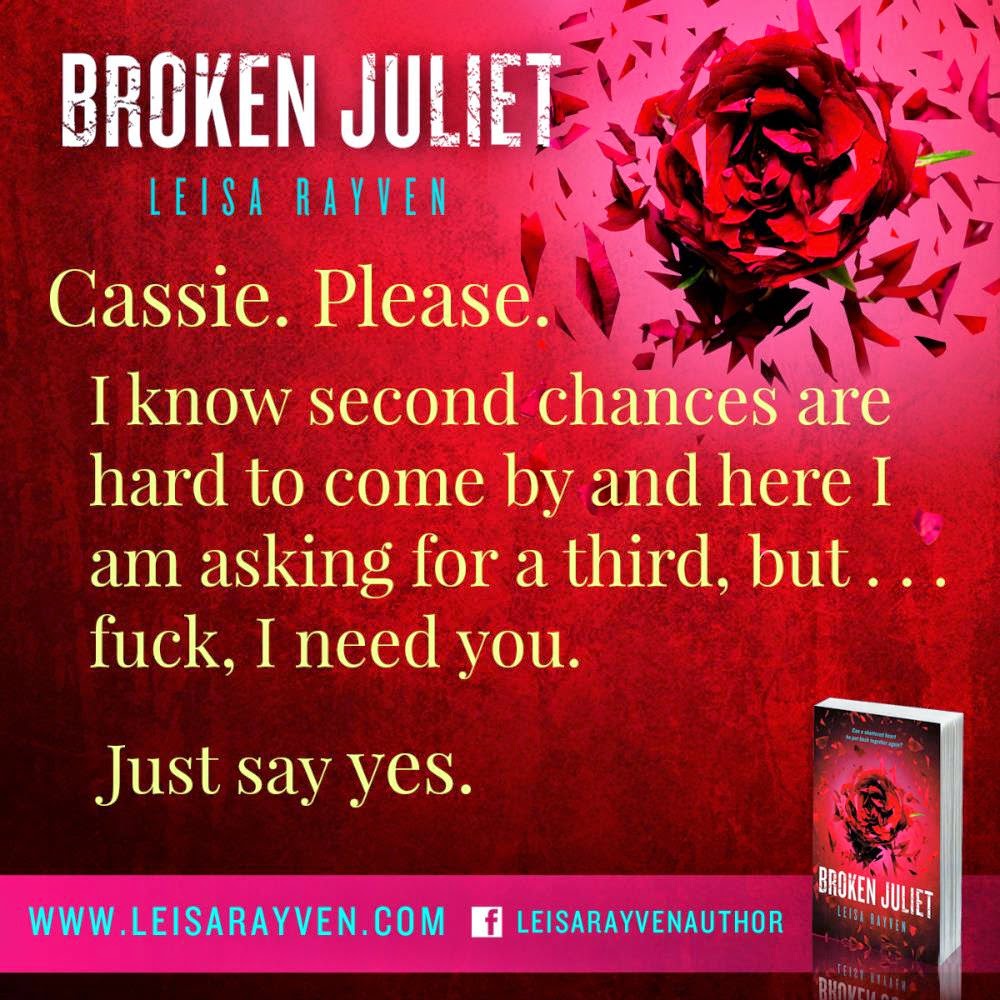 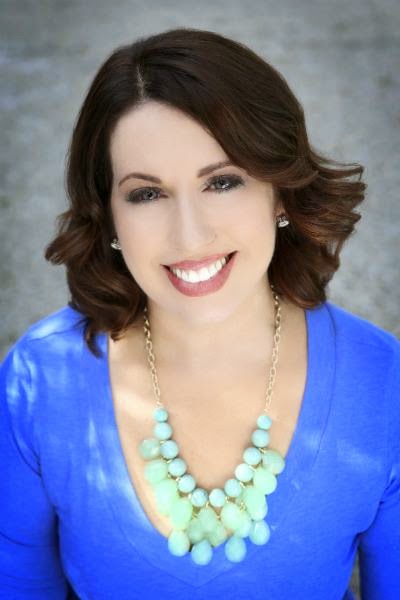 Writing has always been a passion for Leisa, and even though she originally intended to be an actress, it wasn’t long into her time at drama school that she began writing plays.

Those plays were bad. Very bad. Well, her friends thought they were good, but that’s because they were always cast in them and any opportunity to be on stage was met with an obnoxious amount of enthusiasm.

Since then, she’s honed her craft, and several of her plays have been produced and toured throughout Australia.

These days, playwriting has given way to fiction writing, and Leisa’s debut novel, BAD ROMEO, will be available in a worldwide release through Macmillan Publishing in December 2014.

(Howard may or may not be her imaginary marsupial friend. Everyone should have one.)