What if your soul is so intertwined with someone else's that it's impossible to imagine yourself without them?

Blake McIntyre and Liane Kelly’s families have spent their vacations together on Sanibel Island their entire lives, and the two have always been the best of friends. But as they get ready to go to college, they admit that friendship isn’t enough for them anymore and spend a whirlwind two weeks daring to dream of their future together.

But building sandcastles and lazy beach walks filled with moonlight kisses isn't the same as real life, and soon they are faced with a new reality. Can their hope of forever survive past their summer, or does fate have its own twisted plan?

Good grief, LL Collins you definitely left my heart all twisted, not knowing if it would survive! But survive it did, hanging on by a thread!!! This is book one in the series, and what a beautiful start it is.


I'm not going to sugar coat it; this story had my emotions all over the place. I will start with this: I.Hate.Ronan! That man was such a manipulative person....I.Hate.Him!

I kept thinking, just listen to her, don't jump to conclusions, get your sh** together and stop being so hard-headed, but to no avail! The decisions Lili had to make because of her new circumstances/complications had me tearing up because it was not only about her, but also about the ones she loved.

Stepping into the warm water with her, I need her like I need my next breath. I snake my arms around her and pull her to me. I can’t stop the groan that comes out when her wet skin hits mine. I’m a guy; I know all about showers. However, a shower with Liane is beyond my wildest fantasies. Our tongues come together as I step us backwards and press her gently into the wall, hoping it’s not cold. She doesn’t make a sound, so she either doesn’t care or it’s warm enough. I smooth her wet hair away from her face as I deepen our kiss, tilting my head so I can tell her everything I want with my mouth. She moans, her hands finding me and making my eyes roll in my head. Yeah, this entire night is going to be what saves me for the next few months, thinking about all of this right here. I slow down our kiss and pull away, putting my lips at her ears. “Wanna race?” I tease. I love playing with her; it’s one of my favorite things to do. “Race?” She looks at me, a gleam in her eye. “We’re starting a new kind of race?” Her hands are still caressing me, and I can barely form words at the sensation. “Yeah,” I mutter, putting my hands over hers so she will stop for a second. “We’ve raced our whole lives, right? It’s part of who we are. So why not have a race now?” “What are we racing to?” She looks me up and down, her eyes stopping at the evidence of my desire for her. I lean over and whisper in her ear, and she giggles, looking up at me with wide eyes. “Really? And what does the winner—or loser—get?” I wink at her. “The winner gets to pick the next location.” She gets exactly what I mean, and I see the competitive gleam come into her eye. “Well, let the best man—or in this case, woman—win,” she says. All I know is, I’m not losing because I already have the grand prize. Her. 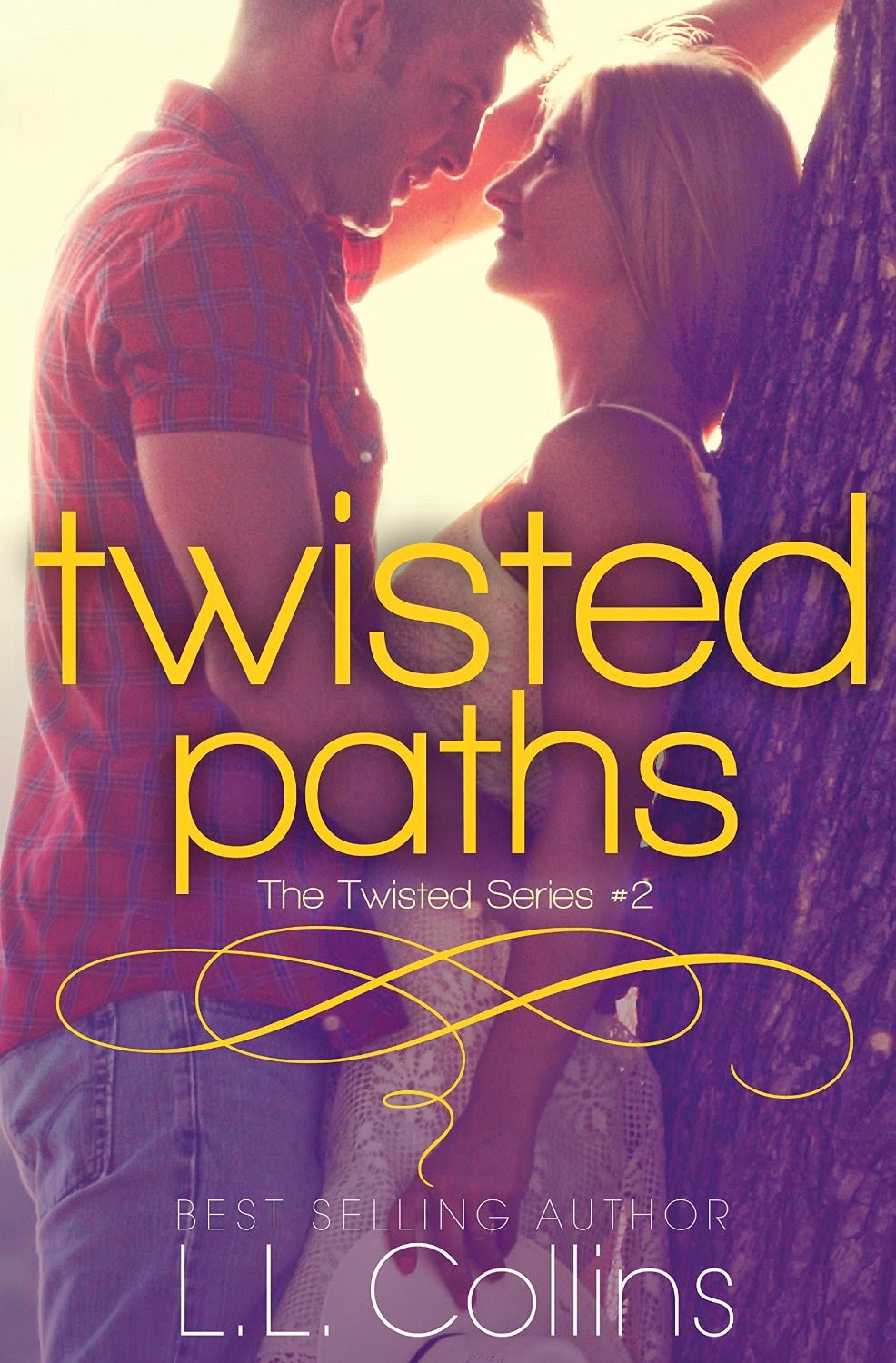 Life is a series of choices, and every one we make sends us down a different path… It is easy to look back at your life and see the mistakes you’ve made and wonder how it all could’ve been different. But when the path you thought would last forever comes to an end and you have to choose a new one, do you follow the route that looks the straightest and easiest? Or do you follow your heart and choose the one that might have more twists and turns but could lead you to the happiest tomorrows?

Twisted Paths is not a standalone. This is meant to be read after book one in the Twisted series, Twisted Souls.

Let me just say, get yourself prepared because the secrets that will be exposed in Twisted Paths will have you screaming WTH!! I don't want to give much away because I felt like I was on a roller coaster and there was no way of getting of until the every end. I will also say that Ronan has earned a top place in my "Most Hated" people, that low life!!!

While Twisted Souls tore my heart out, Twisted Paths put it back in place and had me sighing and smiling like a fool. 5 beautiful stars.

The first thing I notice is that the man is seriously beautiful. His body is cut and sculpted like he spends hours a day in the gym, and even in the dim light from the pool deck, I can tell he’s tan. His board shorts hang low on his hips, and the defined cuts of muscle on his chest and abs is enough to send women running to him and dropping at his feet. Had I been a single woman, he would definitely be my type. My eyes lift past his impeccable body to the face and head that’s attached, and that’s when my heart completely stops. I must’ve gasped out loud, because I feel Mia turn and look at me as he gets closer. I feel my mouth drop open as his eyes meet mine for the first time in years. “Blake.” He stops in his tracks, both of us staring at each other for what seems like every moment of the time we have been apart. I can’t believe he’s standing here, and had it not been for Mia standing next to me, I might’ve thought I was dreaming.

LL Collins is a teacher who loves spending her days in the Florida sun with her husband and boys, reading, and writing. Her love of writing has found a home in the self-publishing world. The Living Again series: Living Again, Reaching Rachel, Guarding Hearts, Finding Forever, and Breaking Free: A Living Again Novella are available now in both eBook and paperback. The beginning to her new series, Twisted Souls, was released March 3, 2015 and the second and final book in the series, Twisted Paths, will release April 7, 2015. LL has been writing since she was old enough to write. Always a story in her head, she finally decided to let the characters out to try to make her lifelong dreams of becoming an author come true. She has been a teacher for over ten years, a wife for 15, and a mom to two boys, 13 and 11.